(Update): This story was updated at 12:00 p.m. to include additional comments.

The accelerator accepted 8 percent of this year’s applicants, which came from 12 countries and 16 states, according to a press release. The program will run until Nov. 2, and participants will compete for more than $1.5 million in equity-free awards.

“The quality of this year’s applicant pool is a real testament to the community’s efforts to inspire and support individuals who are working to solve some of the world’s biggest problems,” said Kiki Mills Johnston, managing director of MassChallenge Boston, in a statement.

Three Rhode Island startups made the cut this year, including:

“We are pleased to be accepted to MassChallenge,” said Jordan Ross, founder of PetsEmpower.org. “We see it as a great platform to provide education and advocacy about the need for short-term pet fostering for domestic violence survivors to save lives, transform communities and end stigma in New England and globally.”

MassChallenge boasts having helped develop 1,211 alumni companies that have gone on to raise more than $2 billion in funding, generate about $900 million in revenue and create more than 65,000 direct and indirect jobs.

“We’re very excited to be in MassChallenge. This shows us that more and more people believe in the value Finnest is building,” said Richard McDonald and Clemens Grave, founders of Finnest, in a joint statement. “We have to give a shout out to everyone who’s been helping us along the way, especially the SE Greenhouse accelerator here in Providence.”

The local accelerator program, focused on socially conscious startups, urged Finnest to apply to MassChallenge, according to McDonald.

This year’s MassChallenge cohort will work with corporate partners, experts in their respective fields, and follow the accelerators curriculum.

“We will connect with corporations and mentors to aggressively expand operations in Rhode Island and Massachusetts, and the nationally and globally,” Ross told Providence Business News.

A handful of Rhode Island startups have successfully completed the MassChallenge program in the past, including XactSense, a Warwick-based startup that builds autonomous 3D laser-scanning drones, which last year was named a winner and received $50,000.

MassChallenge last year received $100,000 from R.I. Commerce Corp. to open a new operation in Providence. The funds are earmarked to support a boot camp accelerator program for Rhode Island entrepreneurs.

Dozens of Massachusetts startups were also accepted into this year’s cohort, although it wasn’t immediately clear whether any were from Bristol County. A full list of this year’s participants can be found here. 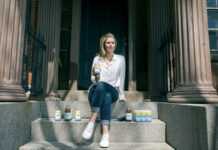 Running an iced tea company is pretty sweet for McShane 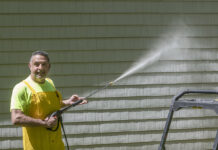 A fast restart for handyman service 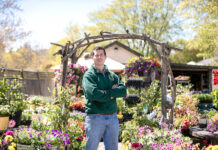