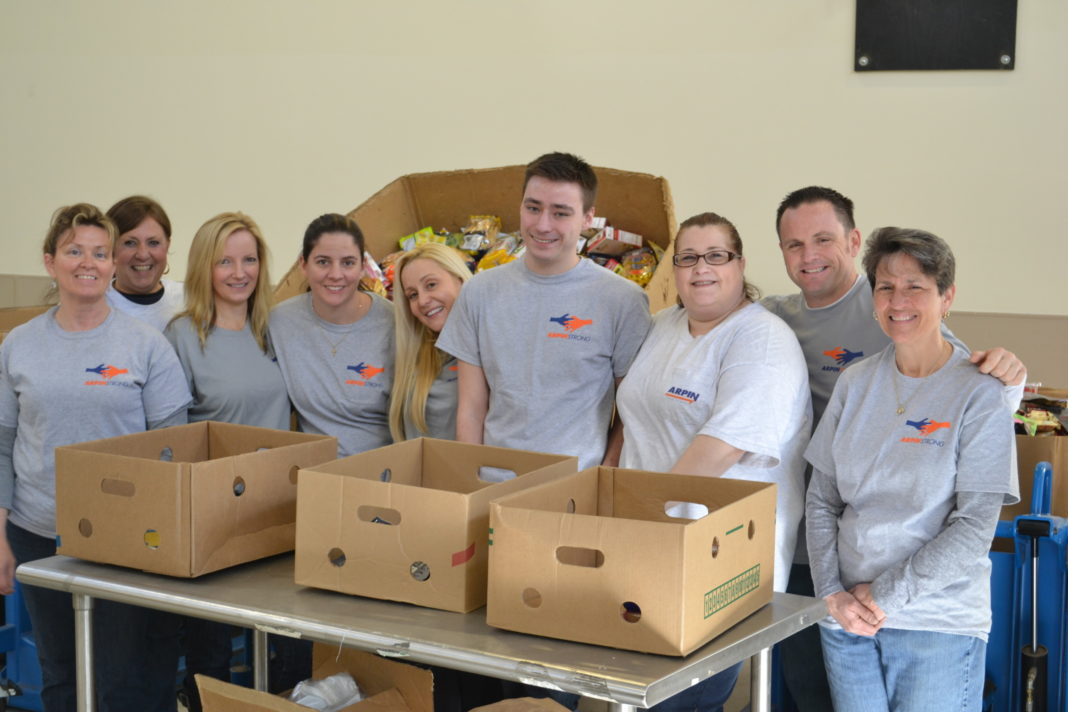 “We are incredibly proud of Arpin Strong’s achievements during our second full year,” said Mark Dearborn, president of Arpin Strong. “Thanks to our generous corporate donors, sponsors, Arpin employees, agents and friends, we were able to raise 62 percent more funds than the previous year. I am humbled by their giving spirit and enthusiasm for each of our charitable causes. The Arpin Strong board of directors also wants to thank the Arpin family for their continued support and allowing us the time to dedicate to those in need.”

The Second Annual Arpin Strong Golf Tournament held in May was the single biggest fundraiser of the year, raising over $20,000. The funds were split equally in denominations of $5,000 and donated to the Rhode Island Community Food Bank, Adoption Rhode Island, ALS Association of Rhode Island and the Coalition Against Pediatric Pain.

Over the past year, Arpin Strong conducted theme days, monthly raffles, and supported the efforts of Arpin’s Race Team in 10 events to raise funds.

Several Arpin employees founded Arpin Strong in the wake of the Boston Marathon bombings in 2013 as a way to show support for the relief efforts. The scope of the program expanded in the following months to aid the victims of disasters around the world, including the Oklahoma tornadoes and Typhoon Haiyan in the Philippines. The organization obtained its official 501(c)(3) status the same year.

Some of the other organizations to receive assistance from Arpin Strong in 2015:

To find out more information about Arpin Strong, or to make a donation, visit www.ArpinStrong.org.

Arpin Group is the holding company of Arpin Van Lines, Arpin International Group, Creative Storage Solutions, Arpin Associates, Affiliated Transportation Systems and Arpin Renewable Energy. Headquartered in West Warwick, Rhode Island (USA), Arpin Group is an industry leader in full-service moving and storage solutions for corporate, residential, government and military customers, having earned numerous industry awards for its high customer satisfaction scores. The company has remained family-owned and operated since its founding in 1900. Today, Arpin has office locations throughout the U.S., Europe and Asia, which enable it to provide the highest quality of care to its customers around the world. The company actively seeks ways to minimize its environmental impact and carbon footprint, while its subsidiary, Arpin Renewable Energy, spearheads research and development to facilitate the widespread adoption of “green” technologies in the transportation industry. The U.S. Environmental Protection Agency has officially recognized Arpin by ranking it in the top 20 percent of carbon-efficient transportation partners. Arpin is the official mover of the LPGA, a ProMover® member of the American Moving and Storage Association and is accredited by the International Federation of International Furniture Removers (FIDI). For more information, call 1-800-343-3500 or visit ArpinGroup.com.