Press Release/Jan. 4, 2012/ Actress Katherine Heigl is so impressed with New York Times best-selling author Ann Hood, Heigl is not only starring in the movie adaptation of Ann Hood’s novel, The Knitting Circle, she is also the producer. This year the Katie DeCubellis Memorial Foundation is proud to announce that Ann Hood is also working with the foundation.

“We are truly excited and appreciative to Rhode Island native, Ann Hood, for agreeing to serve as the judge for the KDMF’s 9th annual writing contest,” says Executive Director John DeCubellis. “It is a tremendous honor that such an accomplished and acclaimed writer is willing to take time out of her busy schedule to give back to her community and support other aspiring writers, while at the same time raising awareness about the KDMF and its efforts.”

“After our daughter Katie died at the hands of a drunken driver, we wanted to find a way to carry on her legacy and keep her spirit alive,” says Meg DeCubellis. “As the years progressed we were fortunate enough to receive an outpouring of support and the writing contest is one way for us to give back to others and also raise awareness on important topics.”

For the past eight years KDMF has awarded money and prizes to students who placed in the annual writing contest. For the 2012 contest the Foundation has a timely topic in which students are asked
to create a situation or relate an event that demonstrates how an economic crisis impacts families, causes increased social pressure and/or leads to poor decision making.

The deadline for entries is March 2, 2012. A ceremony will be held Monday, May 7th at 7pm at the Warwick Mall to announce this year’s winners. Television reporter/WPRO radio anchor and children’s book author Laura Clarizio will emcee the event.

The KDMF will present monetary awards to the winners. Additionally, professionally created posters with the winners’ names and writing entries will remain on display at the mall during the week following the ceremony. For more information about the contest and annual scholarships that the KDMF awards visit the Foundation’s website at www.kdmf.org. 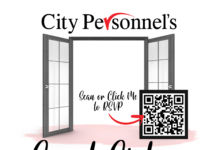 City Personnel is Celebrating Their 16th Year in Business 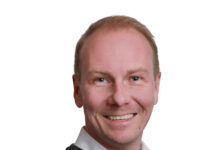 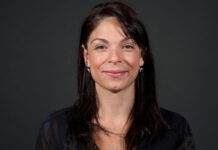 Sushi X-Press, Dojo properties on Thayer to be replaced by 4-story,...

Breeze Airways looks to open $160M base at T.F. Green