NEWPORT – A 19th-century estate on 2 acres on Bellevue Avenue in Newport recently sold for $3.8 million. The house, called Snug Harbor, is on the National Register of Historic Places and was designed by the architectural firm William Appleton Potter & Robert H. Robertson.

Also known as the Charles H. Baldwin House, the home was built in1877 and 1878. Baldwin was a U.S. Navy admiral who served in the Mexican-American War and the Civil War.

The house he commissioned as a summer cottage has 7,000 square feet of interior space. It is located at 328 Bellevue Ave. and is part of the Bellevue Avenue Historic District. It is built in both the Queen Anne and shingle styles.

The estate was sold on Sept. 24 by William M. and Alison S. Vareika, of Newport, to 328 Snug Harbor LLC, a corporation formed in Delaware.

The sale is one of seven so far this year in Rhode Island recorded at more than $3 million. 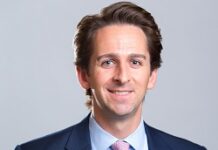 Raimondo announces $3.1M in Take It Outside grants