PROVIDENCE – Big Brothers Big Sisters of Rhode Island recently announced that the nonprofit is relocating its headquarters from Cranston to Rising Sun Mills in the city’s Olneyville section.

The organization said that the headquarters location was identified as a weakness during its strategic planning process. The process found that 68% of the youths served by Big Brothers Big Sisters live in Providence County and it is estimated that that number could double if the organization were more accessible to families in Providence, hence the reason for the move.

Big Brothers Big Sisters Executive Director Katje Alfonseca said in a statement that the organization contacted the city to explore options for a tax abatement as a nonprofit with a long-term lease. BBBSRI said it entered into a 10-year lease to occupy 7,791 square feet of office space at Rising Sun on two separate levels.

“We are very excited about this move. We will be in the heart of a community in a space that is accessible and modern for the kids and families we serve, as well as for our employees,” Afonseca said. 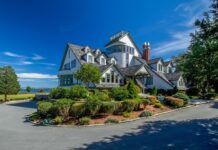 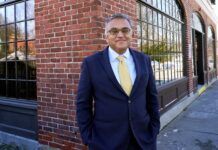 Do you support a proposed bonus program for state workers that...