PROVIDENCE – Brown University announced Tuesday that it has received an anonymous $25 million gift to support brain science and research at the Ivy League university’s Carney Institute for Brain Science.

Brown said the new gift is part of the university’s $3 billion BrownTogether campaign, which $2.7 billion has been raised thus far. The gift will support Brown’s work in brain research, the university said. To date, the university has received $187 million from donors to support brain research and education, including a $100 million donation in 2018 that named the Carney Institute.

“This transformational gift recognizes the momentum that continues to build at Brown University, where our talented faculty are leading scientific discovery including in the rapidly emerging specialty of computational brain science,” said Diane Lipscombe, director of Brown’s Carney Institute and a professor of neuroscience in a statement. “This gift will allow us to sustain a culture of innovation, which has led to an impressive number of discoveries and returned countless new grants to Brown that forge new areas of research.”

Computational neuroscience, Brown said, seeks to understand all levels of brain function, from cells to cognition, by using physics, mathematics, biology and psychology, among other methods. The Center for Computational Brain Science at Brown creates collaborations between researchers and engineers and brings innovations to clinical applications and commercialization.

“The gift to computational brain science is incredibly impactful,” Lipscombe said. “It ensures that we are able to continue driving scientific discovery and supporting cutting-edge research that spans multiple fields of study.” 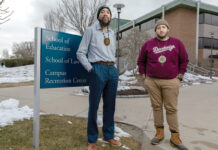 Legal aid on the way for local indigenous tribes 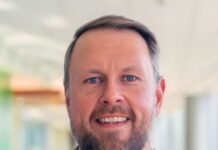