PROVIDENCE – The downtown Providence office market had a 14.5% vacancy rate in the fourth quarter of 2020, its highest rate since 2016, according to CBRE Inc.

The market saw an increase of unoccupied office space, or “negative net absorption,” of 141,975 square feet year over year, primarily attributable to 178,934 square feet of negative net absorption in the market’s Class B office space market. The submarket’s increase in vacancy was said to be mostly due to two large expected vacancies in the second half of 2020, CBRE said.

A total of 5.5 million square feet of total office space in the downtown market was occupied in the fourth quarter, while 925,368 square feet remained available.

The report also noted that due to the pandemic, “most downtown towers had on average 8% to 12% of the total workforce entering buildings on a daily basis.

“The changing approach to work and how employers and employees maintain a flexible work-life balance will be borne out over the next 12-24 months. The pandemic has revealed that tenant location searches will now center on [heating, cooling and ventilation] system performance and specifications as well as enhanced cleaning protocols amongst other criteria,” the report said.

CBRE said it expects a slow demand recovery in 2021, accelerating in the second half of the year. This will also most likely result in modest rent decreases and an increase in landlord concessions as the market recovers, the company said. Such concessions had not yet been realized in the fourth quarter, the company said, as most leasing activity had been limited to short-term extensions in the second half of 2020.

The report also found that “contrary to other major metropolitan markets in the Northeast, Providence has not experienced a dramatic uptick in sublease space.”

The suburban Providence office market saw a vacancy rate of 11.24% at the end of the year, with a net absorption of 185,526 square feet year over year. The area’s various suburban submarkets saw average lease prices per square foot ranging from $15.71 to $19.51.

“While the 11.24% vacancy rate at the end of the year is positive, anticipated blocks of both direct and sublease space coming available in 2021 will put pressure on the market and we expect landlord concessions,” the report said.

The report also noted that the investment sales market was considerably slowed by the pandemic. “We expect investment sales activity in the office market to be muted in 2021 with the exception of some expected distressed asset sales, particularly in the second half of the year,” the company forecasted.

The full report may be found online. 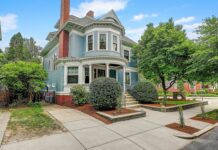 East Side colonial sells for $1.4M 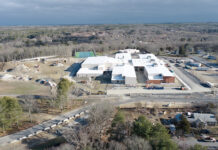 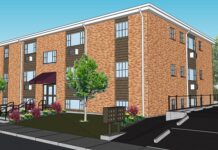