PROVIDENCE – The U.S. Centers for Disease Control and Prevention on Tuesday shifted its stance on the order of who should get the vaccine for COVID-19, moving people aged 65 and above, or 16 and above with underlying health conditions, into the first phase of distribution.

The advisory so far hasn’t moved the R.I. Department of Health to change its stance. The state in December moved people aged 75 and older into the first phase, but given the slow receipt of vaccines, that age group isn’t expected to start receiving their first shots until late February.

People of any age with underlying health conditions are not given priority status in first phase, and would be expected to start receiving their shots in the second phase, about the same time as teachers and other school staff, the R.I. Department of Health director said last week.

On Tuesday, after the CDC and Trump administration issued the new guidance to states, the R.I. Department of Health spokesman said the biggest challenge isn’t the timeline but the supply of vaccine coming into the state.

“We are only getting 14,000 doses a week, which is a tiny fraction of the state,” wrote Joseph Wendelken. “We will be vaccinating some older adults in Phase 1. We need to vaccinate older adults in increments, given the limited supply we are receiving. We’re anticipating that vaccine will be available in Phase 1 for adults 75 and older closer to the end of February.”

Several states, including Florida and Georgia, have opted to allow people 65 and older to start receiving their shots, according to a report released Monday by the Kaiser Family Foundation.

Said Wendelken: “We don’t want to get into a situation like Florida did where they opened up vaccine to populations that they did not have enough supply to vaccinate. That resulted in a tremendous amount of confusion and resulted in unsafe situations, such as older adults camping out for hours at immunization sites.”

As of Monday, 36,649 people in Rhode Island had received a first vaccine shot. Of those, 6,074 had received a second shot – making them fully inoculated. The state has said it is moving at a pace of about 1.5% of the population per week.

As of last week, the state hadn’t yet started vaccinating seven groups of people included under its Phase 1 priorities, such as COVID-19 specimen collectors, dentists and primary care physicians, outpatient specialists and people over age 75.

Meanwhile, people waiting for the vaccine have been calling their doctors, according to physicians and health professionals who sit on the state’s COVID-19 vaccine advisory group.

On Friday, the director of AARP Rhode Island urged Gov. Gina M. Raimondo to move older residents up in the hierarchy. AARP said people age 50 and older should be given priority, due to their increased risk of hospitalization or death from the disease.

On Wednesday, the R.I. House Task Force for the COVID-19 vaccine has a meeting with state health officials. Its chairman, Rep. Raymond Hull, said he plans to ask where older Rhode Islanders and those with underlying health problems will be put in the pipeline.

He hears constantly from his constituents in North Providence, he said, some of whom haven’t left their homes since the pandemic began. “When can I get it? When can I get it?” he said. “There are people who are afraid to come out of their houses.”

Hull said he wants to see people of all ages with underlying health conditions that can lead to more severe COVID-19 outcomes moved higher on the state’s priority list. And the state has to move faster to administer the shots, he said. Hull, a Providence police officer, recently received his first shot. He’s eligible because he’s a first responder.

Although the CDC issues guidelines to the states on vaccine priority, it is advisory. States are allowed to set their own schedules for vaccine distribution. The Kaiser Family Foundation on Monday reported that most identified frontline health care workers and people living in nursing homes as the first recipients, but after that, many states have diverged.

Almost all states remain in the early stages of the first phase of priority immunizations, because of the slower than anticipated distribution of the vaccine. On Tuesday, the Trump administration said it would release a supply of second shots that it had been withholding for states, as part of the two-dose regimen. This should effectively double what the states are receiving. President-Elect Joseph Biden, who had said last week he would release all the vaccine at once on assuming office, calling the slow pace of vaccine distribution a failure.

“The rollout has been a travesty,” Biden said on Jan. 8. 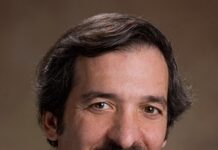 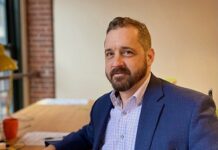 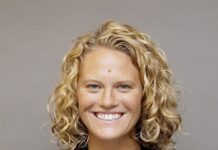