PROVIDENCE – Citizens Financial Group Inc. ended the first quarter of 2021 with a $611 million profit – nearly 18 times the income it reported in the same time frame a year ago, the company reported on April 16.

Much like other national banks have reported in their first quarter earnings, the dramatic profit gains come largely from the release of millions of dollars from its loan loss reserves, which were shored up starting last year in anticipation of bad loans during the pandemic. In the first quarter of 2020, just as the pandemic was taking hold, the company poured $600 million into its credit loss provisions, which left it with a $34 million net income.

A year later, the holding company for Citizens Bank ended the first quarter with a negative $140 million in loan loss reserves, which it said reflects “strong credit performance across the consumer and commercial loan portfolios and improvement in the macroeconomic outlook.”

Earnings per diluted share rose from 3 cents to $1.37 year over year.

This was partially offset by a slight uptick in noninterest income, which benefited from record trust and investment service fees along with higher production revenue in mortgage banking and higher underwriting revenue and merger and acquisition advisory fees, the company stated. The $542 million in noninterest income included $165 million in mortgage banking fees, $81 million in capital market fees, and $58 million in trust and investment service fees.

Quarter-end assets stood at $187.2 billion, a 6% increase over a year ago thanks to elevated liquidity as a result of a $9.1 billion decrease in borrowed funds, the company stated. Cash held in interest-bearing deposits also increased $10.7 billion year-over-year and investments increased $1.8 billion.

The $122.2 billion in total loans and leases was down 4% over a year ago, with drops in commercial and industrial loans and residential mortgages which were partially offset by an increase in education loans. The company has also approved $1.8 billion in forgivable loans under the second round of the Paycheck Protection Program, following the $4.8 billion in loans it approved in 2020.

Total deposits of $151.3 billion increased 13% year over year as a result of stimulus checks hitting bank accounts and clients building liquidity, partially offset by a decrease in term deposits, the company stated.

In an earnings call on Friday, Chairman and CEO Bruce Van Saun said he expected the record mortgage activity that characterized 2020 to return to pre-pandemic levels by mid-year due to expanded industry capacity and more competition. However, he anticipated continued strength in capital markets fees and wealth fees, as well as loan growth, would offset losses in mortgage fees. That includes refinancing of student loans as federal forbearance on student loans ends in September, Van Saun said. 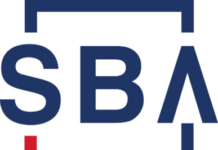 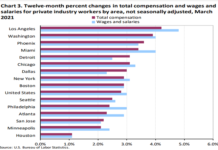