PROVIDENCE – Two heads are better than one, the old saying goes.

But that’s not the case when it comes to putting co-CEOs in charge of a new corporation that would be created by a proposed merger between Rhode Island’s two predominant hospital systems, according to national experts on health care administration and local stakeholders.

According to an application for a merger between Lifespan Corp. and Care New England Health System, portions of which were recently deemed public record and released by state officials, the two companies plan to initially keep the current chief executives for both companies on board as co-CEOs. Care New England has been led by CEO and President James E. Fanale since 2018, while Lifespan has been headed by its CEO and President Timothy J. Babineau since 2012.

That’s at least until a new board of directors is established, and a permanent, sole CEO is hired, according to the merger application. A proposed agreement on the governance of the new entity, which was forged last February and submitted as part of the merger application, states that the co-CEOs “will be expected to carry out his or her duties in a manner reflecting the best interest of the unified system.”

Thomas Giella, chairman for health care services at executive recruiter firm Korn Ferry, said that co-CEOs for merged hospital systems should not be in place for more than six months, and at most a year. Giella said long-term, dual-CEO arrangements have been tried in the past, including at Advocate Aurora Health and CommonSpirit Health, both based in Illinois, along with Prism Health in South Carolina. But “it’s failed in just about every situation that it’s gone beyond a year,” he said.

“CEOs are the boss,” Giella said. “So, if they agree on a topic, wonderful. But at times they disagree, what do you do? You’re at a stalemate. In the short-term, it’s okay, to allow them to pull together a team and look at economies of scale. But looking at new directions for the company, acquisitions and going into future partnerships, if the two co-CEOs disagree, it’s very problematic.”

Potential conflicts between co-CEOs leave everyone else “second-guessing who’s in charge,” Giella said, since “it’s not clear who is setting the agenda” and this can lead to frustration among subordinates.

“There has to be one leader who sets the direction,” he said.

Rhode Island Foundation President Neil D. Steinberg, who co-chaired a group that developed a 70-page document last year listing recommendations on the planned merger – at the request of the hospital systems and their academic partner in the proposal, Brown University – says he would not like to see co-CEOs in place for too long. Steinberg, however, also said that co-CEOs would be necessary for the newly merged entity as it navigates an initial transition period.

“You will need collaboration, cooperation and the leadership of the two CEOs who are there now, who have run the two individual hospital systems very capably,” Steinberg said. “I don’t think it’s illogical. But it shouldn’t go on for an extended period of time. It just gets confusing at times. But it’s up to the new board to set the direction.”

“I think it may work in the very short-term,” said Hayward, who co-chaired the committee alongside Steinberg that created the 70-page list of recommendations. “Someone has to be in charge. I generally don’t think sharing that role works well.”

It’s unclear exactly how long the co-CEO situation will stay in place, but a spokesperson for Lifespan said Babineau and Fanale will stick to managing their respective legacy health systems after the proposed merger is completed, until the new board of trustees hires a permanent CEO. This plan, to avoid stepping on each other’s toes, is reflected in merger application documents released by state officials.

“Lifespan and Care New England have crafted a detailed governance structure that will allow for the interests of both legacy health systems to be represented and the health needs of Rhode Islanders prioritized,” said Lifespan spokesperson Kathleen Hart, in an email to PBN. “Each co-CEO will initially be responsible for leading their respective organizations. This framework will allow for effective, balanced and cooperative governance of the merged systems. This is only a temporary framework as ultimately the new board will choose a permanent president and CEO for the merged entity.”

A spokesperson for Care New England confirmed the co-CEO plan, but declined to offer further comment until government regulators issue a decision on the merger.

The agreement reached by Lifespan and Care New England that was submitted to state officials as part of the merger application does not rule out Fanale or Babineau from becoming the next permanent CEO of the new merged corporation, which is being called Rhode Island Academic Health Care System Inc. In fact, the agreement plans for that potentiality, calling for one of the health care systems to gain an extra board member if the other’s current CEO ends up leading the new organization within two years of the merger being completed.

“The number of system parent board members selected by the party whose co-CEO is selected as the permanent president and chief executive officer of the system parent will be decreased by one seat so that the parties will continue to have equal representation,” the agreement states.

Appointing a current CEO from one of the hospital systems is something that Giella cautions against, since it could give the impression that the new corporate leader will play favorites with the facilities that belonged to his former organization.

“They can be viewed as having partiality to the hospitals they served, whether it’s perceived or a reality,” Giella said. “That could always be a shortcoming.”

Steinberg and Hayward, echoing the 70-page recommendation document they helped to craft, said they support a national search for a new, permanent CEO. They also called for a new board of trustees, Hayward stating that “a new entity requires new governance.” But they didn’t rule out hiring Fanale or Babineau.

Future leadership of the new merged entity, if the application gains regulatory approval, is one of a host of issues open to discussion during virtual public comment meetings that begin on Thursday. Anyone interested in speaking on the proposed merger can sign up here. The meetings will be hosted by the R.I. Department of Health and the R.I. Office of the Attorney General. 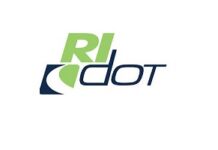 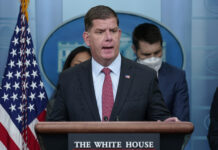 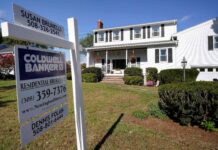