PROVIDENCE – A bill that would prevent employers or organizations from requiring workers or students to get a COVID-19 vaccine sparked a debate among lawmakers Tuesday, as they challenged each other about their roles in setting public health policy.

The bill, sponsored by Rep. Thomas Noret, D-Coventry, would become a part of state law covering discrimination. It would add people who refuse to receive a vaccine to a list of protected groups including those who face discrimination based on factors including race, disability, age, gender identity and sexual orientation.

The bill, H 5989, was introduced on behalf of people who worry they will be penalized for not getting a COVID-19 vaccine, Noret said, but the language of the bill does not restrict it to that disease. It was held for further study, along with all other bills at the House Judiciary Committee on Tuesday.

If approved, the measure would make it illegal to not hire, or to discipline or fire, people who refuse vaccinations, on that basis, including those who work in health care settings.

It would prevent the governor from using any action, including an executive order, to force people to receive vaccinations.

It would prevent someone’s vaccination history from being disclosed for a loan or a credit application, as well.

Noret, a retired police officer, and fellow sponsors said the bill was intended to be a start for discussion, not the end point. “Before any mandates occur, let’s have this discussion,” Noret said.

His bill had its first hearing in a week in which several private universities in New England announced they would require a COVID-19 vaccination for all students returning to campus and class in the fall. The universities included Brown University, Northeastern University and Roger Williams University.

In other states, Cornell University and Rutgers University – the state university of New Jersey – have also announced similar requirements.

“People may [lose] the opportunity to work, based on the choice of not getting a vaccination,” Noret said. “We should not be in fear of not being able to refuse a vaccination.”

Several representatives challenged the bill immediately, with some saying it doesn’t belong in the anti-discrimination statute, which is aimed at people discriminated against based on their looks, gender or age, among other factors.

Rep. Carol Hagan McEntee, D-South Kingstown, represents the University of Rhode Island area and challenged the rationale for the law, saying as legislators, public officials should promote vaccines in a viral pandemic. “It’s our job to help promote the vaccine,” she said. “This is for the greater good. To take up a bill like this – to find a loophole – to avoid the vaccine, it just feels wrong to me.”

Rep. Justine Caldwell, D-East Greenwich, said business owners need to be empowered to have decisions about whether to hire people or not. She said the idea that someone could continue to keep their job in a nursing home, without a vaccination, “blows my mind.” “I’m glad you think this is the start of a conversation,” she said to Noret. 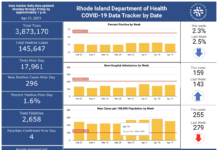 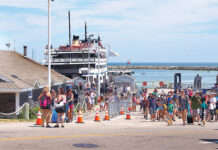