(Editor’s note: This is the fifth in an occasional series of stories speaking with this year’s gubernatorial candidates about their economic vision for Rhode Island. You can read the first installment here, second profile here, third in the series here and the fourth installment here. The interview has been edited for brevity and clarity.)

Gov. Daniel J. McKee has over a year and a half in the governor’s office, which gives him the typical incumbent’s double-edged sword of a track record to run on that can also make him an easy target for challengers. In his case, his tenure also gives voters an early window into a potential full term as governor.

Since stepping into office in March 2021, following the departure of then-governor, now U.S. Secretary of Commerce Gina M. Raimondo, McKee, the state’s former lieutenant governor, says his tenure shows a track record of leading pandemic-era economic recovery and a fiscal 2023 budget that includes a historic investment into housing and other measures to bolster the state’s economy, with a continuing emphasis on small business.

The sitting governor has also firmly supported the $344 million Tidewater Landing soccer stadium project in Pawtucket — an initiative McKee says will play an instrumental role in revitalizing the local and statewide economy, though not everyone is so convinced.

Some of McKee’s challengers call the project indicative of a preference for large, out-of-state corporations over local businesses and taxpayers, while a recent WPRI/Roger Williams University poll showed that 44% of voters oppose using public funding for the project, compared to the 35% who indicated support.

McKee has also experienced falling approval ratings in 2022 and earlier in the year was ranked the least popular governor in the nation by a quarterly Morning Consult poll.

But McKee holds that Rhode Island’s economic recovery ranking is a testament to his leadership. And according to the WPRI/RWU poll released in August, McKee has a narrow lead in the Democratic gubernatorial primary over challenger and Secretary of State Nellie M. Gorbea, though WPRI/RWU ultimately assess the race as a toss-up.

McKee says the state can support businesses of all sizes through investments not only through direct funding to these businesses, but through a focus on expanding broader industries, such as the green and blue sectors, tourism, education and equity measures.

What is your economic vision for the state – meaning what would be your plans in your next term as governor to grow the state’s economy?

It would be continuing what we’re doing right now. I think that in the 17, 18 months we’ve had, we’ve made some significant strides coming out of this pandemic, which we all agree is the biggest state of emergency this state has ever had. We lead the northeast in terms of economic recovery, and we’re second in the country. We have the lowest unemployment rate in the history of the state of Rhode Island, and there are still good-paying jobs left. We were able to get there by reopening our economy quickly, because we’re the best-vaccinated state in the country, so our budget reflects more investment in the economy, whether that’s investing more in small businesses, hospitality, green energy, the blue economy, the green economy, $250 million into housing, another $150 million-plus in our colleges, almost $300 million in our K-12.

The best protection we have against a downturn is a four-letter word called jobs, and we’re positioned to not only have low unemployment right now, but we have good-paying jobs available and the budget that I just passed has several years of economic growth built-in.

Does the state still need a better business climate? If yes, what actions will you take, that you haven’t taken already, to help create it?

We can always be better. Rhode Island has always been first in, last out, so just that we are now leading in the (nationwide) recovery is a plus, but there’s work to be done. This year I did put a small-business article into the budget, and will do the same next year, and keep finding ways to be more and more competitive with Connecticut and Massachusetts. A good example is this year, we put in relief on motor vehicle transactions. It’s going to be a series of those types of improvements … providing tax relief is going to be a significant piece of the effort.

What is your vision on tax policies impacting businesses throughout Rhode Island? Will you be trying to make any changes or adjustments to Rhode Island’s corporate income tax?

I know I have an opponent who wants to increase taxes. I don’t think we need a tax-and-spend governor. I think that we should be reducing taxes. I’m going to be continuing to work to reduce our sales tax and keep on managing the state so the economy is doing well and continue to try to reduce costs in the state for people who own our businesses. So at the moment, I can’t agree with people who want to increase the cost of doing business in the state. The first thing we want to do is find things that level the playing field with our competition, at the moment, so I don’t see raising that corporate tax as an option.

Is Rhode Island doing enough to help attract businesses to relocate to the state?

The Tidewater Landing project has garnered a lot of attention during the campaign. You’ve backed changes to the state’s financial support in order to keep the project alive, but what is the guarantee that the project will come together as originally intended?

Every time someone asks me about Pawtucket, I say, we are investing in Narragansett in the Port of Galilee, $40 million or so. We’re investing in East Providence on a new supply chain seaport for the offshore wind. Down in Quonset as well, over $60 million into that port to help the businesses there. Or the Superman building — We’re investing public dollars there. Those are all investments we’re making to keep our economy going. Pawtucket is no different.

I think the question is a good one. What we expect is that the project will proceed as originally intended, and that taxpayers are protected because of that. There are provisions in there that require the soccer team to be functional over a 30 year period, and other safeguards built into the project.

Will you make any changes to how R.I. Commerce Corp. will operate in the post-pandemic environment? If so, what areas need less or more attention and funding?

The priority of R.I. Commerce is still to make Rhode Island a better place to live and work through economic and workforce development. With Liz Tanner at the helm, whom I appointed in June, we will continue to move Rhode Island forward by supporting small businesses and investing in key sectors of our economy.

Some candidates have taken issue with how you have allocated the state’s COVID-19 relief funding. How do you respond to that criticism?

In regards to tourism, can the state do more to support out-of-state travel to Rhode Island? What would you do in your next term?

The tourism industry is one of the sectors hardest hit during the pandemic. That’s why we made sure to include significant grant opportunities for the industry, and related industries — like the $8 million made available in our R.I. Rebounds initiative. We’re funding our destination marketing strategies to specifically target out-of-state visitors to not only visit Rhode Island but to stay overnight and spend money on hotels, food and small businesses.

We’re expanding service to and from Rhode Island T.F. Green International Airport, with at least 20 nonstop routes via Breeze Airways, which recently announced it will base its operations here. The Tidewater Landing project will put Blackstone Valley on the map as a family sports and entertainment destination. It’s investments like these that will continue to spur development and bring tourists to all areas of the Ocean State. 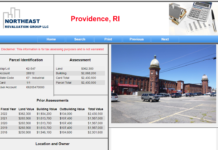 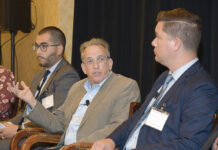