BOSTON (AP) – A former Georgetown University and University of Rhode Island tennis coach accused of accepting more than $2 million in bribes to help kids get into the school will plead guilty in the sweeping college admissions scandal, according to court documents filed Wednesday.

Gordon Ernst’s decision to plead guilty comes as the first trial in the massive case that ensnared wealthy parents and athletic coaches across the country is being held in Boston’s federal court.

Ernst, who was scheduled to go on trial in November, agreed to admit to charges including conspiracy to commit federal programs bribery, according to the court records. His attorney declined to comment on Wednesday.

Prosecutors agreed to recommend a sentence of no more than four years in prison, according to the plea agreement. Ernst has promised to ask for no less than a year behind bars.

Ernst, who was the head men and women’s tennis coach at Georgetown, was arrested in March 2019 along with more than four dozen others in the so-called “Operation Varsity Blues” case that revealed a scheme to get underserving kids into elite universities with rigged test scores or bogus athletic credentials.

Ernst was charged with getting bribes from the admissions consultant at the center of the scheme, Rick Singer, in exchange for designating multiple applicants as Georgetown tennis recruits.

Ernst, who also was the personal tennis coach for former first lady Michelle Obama and her daughters, left Georgetown in 2018 after an internal investigation launched over what the school described as “irregularities in the athletic credentials” of students he was recruiting concluded that he violated admissions rules.

He was later hired by the University of Rhode Island, which claimed it wasn’t told about the admissions rules violations. He resigned from that school shortly after his arrest.

A total of 57 people have been charged in the case and nearly four dozen have already pleaded guilty.

The longest sentence handed out so far has been nine months given to the former CEO of the Pacific Investment Management Co., Douglas Hodge, who paid bribes totaling $850,000 to get four of his children into USC and Georgetown as athletic recruits.

Two parents — former casino executive Gamal Abdelaziz and former Staples and Gap Inc. executive John Wilson — are on trial on charges that they paid hundreds of thousands dollars to help get their kids into the University of Southern California by falsely presenting them as athletic recruits. Wilson is also accused of shelling out more than $1 million to buy his twin daughters’ ways into Harvard and Stanford.

The trial is expected to last several weeks. Defense lawyers told jurors during their opening statements on Monday that the parents were duped by Singer and led to believe that their payments were legitimate donations.

Singer, who began cooperating with investigators in 2018 and secretly recorded his phone calls with the parents, was expected to be a key witness for the government. But prosecutors told jurors on Monday they will not call him to the stand.

Alanna Durkin Richer is a reporter for The Associated Press. 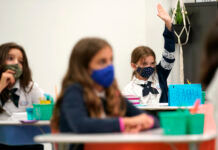 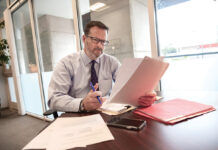 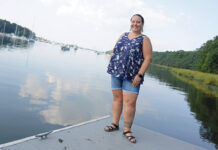