PROVIDENCE – In the wake of a failed hospital merger that could have changed the health care landscape in Rhode Island, and less than a month after the resignation announced by his counterpart at Lifespan Corp., Dr.  James E. Fanale announced on Wednesday that he is stepping down from his position as president and CEO of Care New England Health System.

Fanale said he’s planning to retire in early 2023. The company’s board of directors said that during Fanale’s retirement, he will continue in a consultative role.

Care New England said Fanale will join members of the board of directors, other executives and clinical leadership to form a search committee to hire a successor. And then a transition team will be formed to assist the new CEO enter the leadership role.

“Many years ago, it was my passion for caring for others which led me to practice as a geriatrician, which I still do to this very day, aside from serving as CNE’s president and CEO,” Fanale said. “It was one of the best decisions I ever made, because it gave me the opportunity to pursue my true passion of caring for others. I am proud to look back on my career, feeling that I’ve made a difference.”

Fanale took the helm at Care New England in 2018 following the retirement of his predecessor Dennis Keefe, with a goal of righting the ship amid mounting financial challenges facing the hospital company, which is the state’s second-largest hospital system and Women & Infants Hospital, Butler Hospital and Kent County Memorial Hospital, and other health care facilities around Rhode Island. Prior to becoming president and CEO of Care New England, Fanale was executive vice president, chief clinical officer, and chief operating officer for the company, which was founded in 1996.

Before that, Fanale served as a senior vice president for system development and chief operating officer at Jordan Hospital, a 155-bed hospital in Plymouth, Massachusetts, before it merged with Beth Israel Medical Center in 2013. Fanale joined Jordan Hospital in 2008, as an internist and fellow of the American College of Physicians and Geriatrics, who was the chief operating officer at Mercy Medical Center in Baltimore from 2004 to 2007. Fanale was also once senior vice president and chief medical officer for Blue Cross Blue Shield of Massachusetts from 1999 to 2003, and was chief of geriatrics at Worcester Memorial Hospital for 10 years before that.

When Fanale became the CEO of Care New England, the company was pursuing a partnership with Partners HealthCare in Massachusetts, now known as Mass General Brigham, which was abandoned as state leaders including former Gov. Gina M. Raimondo pushed for a merger with Lifespan.

However, after years of working toward a merger with Lifespan, the state’s largest hospital system that runs Rhode Island Hospital, The Miriam Hospital and Hasbro Children’s Hospital, the Federal Trade Commission and R.I. Attorney General Peter F. Neronha rejected that deal in mid-February.

Fanale’s resignation announcement comes after Timothy J. Babineau, who was the CEO and president of Lifespan since 2012, said he was stepping down from his position in the wake of the failed merger.

Babineau said he plans to retire from his position at the end of May, and will also remain on as a consultant through September. Babineau called his nearly 10 years at Lifespan “difficult at times,” but an altogether “extremely rewarding experience.”

Fanale expressed disappointment in the failed merger, but said at the time that “we can truly know that we did everything we could over the past few years of hard work to get this done,” and that he and his team “thought it was the right thing to do.”

Care New England, which has a workforce of roughly 8,000, is also facing staffing difficulties, like many hospital companies in the aftermath of the COVID-19 crisis. Care New England said in early March that it was trying to fill 983 positions across its facilities.

Care New England remains at a crossroads, as far as how it will stabilize its finances. Fanale said it’s possible that the nonprofit Mass General Brigham could return to the table, and Care New England could alternatively go with the “standalone” option and try to remain viable as an independent hospital system. Fanale also didn’t rule out a revived bid from the Pennsylvania-based StoneBridge Healthcare LLC investment group, which offered to acquire Care New England for $250 million, with a pledge of $300 million in capital investments.

According to Care New England’s most recent tax filings, Fanale earned about $1.5 million in salary and compensation in fiscal 2021.

Fanale said he plans to spend more time with family after his resignation, and expressed gratitude for his time leading the hospital company.

“Now, after having spent my career doing what I enjoy and feeling that I’ve effectively improved access to state-of-the-art healthcare for all individuals who come to CNE, it’s time to leave the office behind and be with my wonderful wife and children,” Fanale said. “When you’re a physician, and a healthcare system leader, you can see the result of your actions. There is a personal reward that can never be matched. I wish that for everyone, no matter what industry they are in.”

Charles Reppucci, chairperson of Care New England’s board of directors, thanked Fanale for his service to the company.

“I thank Dr. Fanale for his many years of leadership and look forward, upon his retirement, to his continued support and guidance of a new CEO and the board,” Reppucci said on Wednesday. “He is a stalwart supporter of CNE and a respected community leader on healthcare quality and accessibility. His successes and accomplishments are extraordinary.” As a practicing physician and CEO, his healthcare perspectives have been a benefit to Rhode Island, and we all owe him a debt of gratitude.” 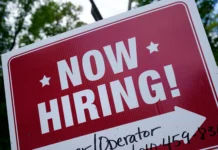