PROVIDENCE – The small and midsized businesses that borrowed money through the Federal Reserve’s pandemic loan program were more likely to default on payments or go out of business compared to those that did not apply for loans, according to a new report by the Federal Reserve Bank of Boston.

The report published on Sept. 8 is the latest in a series of papers studying the impact of the Federal Reserve’s Main Street Lending Program. The low-interest loan program, offered to small and medium-sized businesses during the second half of 2020, provided 1,835 loans totaling $17.5 billion, well under the $600 billion allocation. The program has been subject to criticism from both lenders and borrowers who said it was not designed to benefit the businesses who most needed it.

However, the new report suggests the borrowers who did receive loans might have faced limits had they sought credit in the private market due to higher credit risk and a history of falling behind on payments.

“These findings can help explain why these firms applied for credit from the MSLP,” the report stated. “Their worse-than-average conditions might have made it more expensive for them to obtain credit in the private market, or they would have faced constraints on the amount of credit available.”

The study compared the financial markets, as well as growth and employment, of businesses that were eligible for but did not apply for loans through the program compared with those that did. It found that in general, borrowers who used the program were more at risk of going out of business, falling behind on payments or experiencing other forms of “financial distress” compared to those who did not apply.

These worsening financial conditions largely occurred after the pandemic hit. In fact, borrowers had higher-than-average growth and spending compared to peers prior to March 2020, which, according to the report, may ultimately have left them more vulnerable when COVID-19 began.

“The high activity level is consistent with the intuition that MSLP borrowers had good growth aspects, and thus, the lending banks, which would still have to bear a portion of the loss should the borrower default, would have expected the firms to return adequate profitability once the pandemic ends,” the report stated.

The study was based on data from business information company Dun & Bradstreet Corp., including companies’ number of employees, credit-risk level, payment history and business-to-business spending before and during the pandemic. 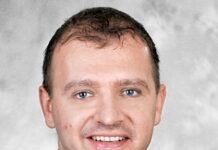 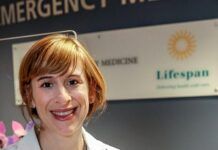 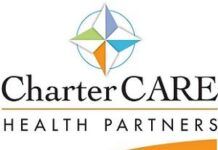