SMITHFIELD – Fidelity Investments Inc. is expanding its Rhode Island presence by hiring 500 workers and opening a new investment services hub at its Smithfield campus, the company announced at a press conference on Monday.

The entry-level, customer-facing jobs will support plans to grow its personal investing business services, and represent a 15% increase over the existing, 3,200-person workforce in Rhode Island.

Gov. Daniel J. McKee at the press conference touted the benefits of these jobs as a professional opportunity for recent graduates with room for advancement at a “top-notch” company.

Applications and job descriptions are available online, and financial licenses are not required, said Rick Metters, vice president of public affairs for Fidelity. Instead, the company hopes to hire people with customer service experience, including those in hard-hit hospitality and retail industries, Metters said.

Although the company is transitioning to a return to its physical offices – although a date has not been set – there will be work-from-home arrangements possible, with virtual hiring and onboarding for the new jobs, Metters said. Still, workers will be required to live within a certain radius of the Smithfield offices, ensuring that the hires are locals, said Mark Barlow, Fidelity’s senior vice president for personal investing.

“Expanding in Rhode Island gives us access to a talented and educated workforce in the Ocean State to fill these positions that are new to this market for us,” Barlow said in a statement.

There are no plans to expand the physical footprint of the existing office spaces. The company declined to share wage ranges for the positions, but said they will offer competitive pay and benefits including student loan repayment, extended time off and child care assistance.

The announcement comes as many local businesses, particularly in the hospitality industry, have reported difficulty filling open positions. Asked whether he anticipated similar challenges filling the new Fidelity jobs, Metters responded, “we have a high-level of confidence we will be able to find that type of talent in Rhode Island,” adding that the company has seen a 77% increase in these types of positions nationwide in the last year.

The expansion is intended to fuel a record year for the company, which brought on 8.6 million new customers in 2020, Metters said, along with significant interest in investing. Last month, Fidelity announced plans to hire 4,000 employees, including 50 technology positions in Rhode Island.

The hiring process is expected to last through the second and third quarters of the year. 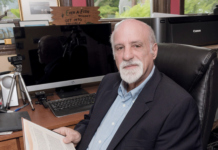 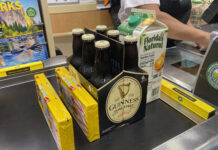 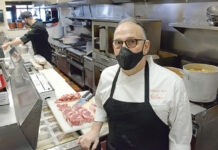