1. You plan to retire at the end of the 2017-18 academic year after 40 years at Johnson & Wales University. How has the Rhode Island academic landscape changed over your time in the industry? There have been many changes in higher education that we take for granted. Notable developments that have positively affected academic institutions in Rhode Island include:

• In the past, institutions might make decisions based more on intuition. Today, decisions are more data-driven.

• The [positive] effects of technology on the way we teach, learn, research and report.

• The emergence of women in senior leadership roles.

2. JWU has added more than two dozen academic programs since 2016, when it opened the College of Health and Wellness. What was the impetus for this? To ensure a sustainable future for JWU, we recognized the need for more diversity in our program offerings. Moving from culinary nutrition to health and wellness programs is a natural progression.

3. Is the university looking to attract a new type of student or address existing interests among younger generations? As the university has transformed, the students we attract have changed. Many of our culinary students want to learn more than the art of meal preparation. They see food as all-encompassing … food is life. JWU will be launching the interdisciplinary College of Food Studies, which will promote the study of food as it relates to taste, nourishment, healing, economics, business and policy.

4. How will JWU continue to transform and adapt to the changing nature of the workforce? Higher education will change far more in the next 10 years than it has over the past 40 and the university has planned for the future. JWU has a long history of strong succession planning. It has made significant investments in its physical infrastructure (first-class facilities and state-of-the-art technology), as well as human capital. 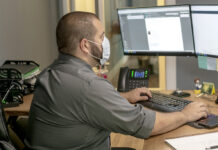 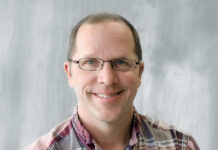 Business lessons from the pandemic

Business lessons from the pandemic

What’s worse, the pandemic or the cure?

Hard choices ahead for working parents