Dr. Jeffrey D. Nadelson joined University Gastroenterology Aug. 1. He is fellowship-trained in gastroenterology, hepatology and transplant hepatology, and specializes in the treatment of inflammatory bowel disease.

Nadelson completed his gastroenterology, hepatology and transplant hepatology training at the University of Tennessee Health Sciences Center. Before that, he completed an internal medicine residency at the Roger Williams Medical Center, where he became familiar with University Gastroenterology.

Providence Business News asked Nadelson about the latest developments in his work.

PBN: A recent study by Mayo Clinic researchers shows the incidence of inflammatory bowel disease is on the rise. Has medical research suggested why that is?

NADELSON: Various studies in the past few years have revealed that the number of people being diagnosed with and suffering from inflammatory bowel disease continues to rise each year. Unfortunately, the reasons for the increasing number of patients with IBD are still unknown. There have been multiple hypotheses proposed, however no concrete medical science has proven it. Various experts in IBD have offered various hypotheses for the rise in IBD, such as the hygiene hypothesis, dietary factors and also an increase in diagnostic recognition of IBD.

According to the hygiene hypothesis, children grow up in more-sanitary environments and, thus, are not exposed to various antigens and infectious agents. Therefore, one of the consequences of growing up in a clean environment may be an increase in immune-mediated conditions. In other words, according to this hypothesis, someone raised on a farm who is exposed to dirt and farm animals all the time is less likely to develop IBD than someone who grew up in an apartment building in a city.

The other factor that may be playing a role in an increase in IBD incidence is the Western diet. There is an emerging sense that a diet high in dairy, sugar and processed foods may be contributing to a higher incidence of IBD. However, more research is needed for confirmation of these hypotheses.

PBN: What are the risk factors for the disease? Is the condition inheritable?

NADELSON: Recent research has largely confirmed what we already know. For example, cigarette smoking is a risk factor for Crohn’s disease but is protective for ulcerative colitis, and nonsteroidal anti-inflammatory drugs may be a risk factor for flares of IBD. Some interesting findings have been that ingestion of certain fibers is protective against the development of Crohn’s disease. In addition, depression and anxiety symptoms might increase the risk of developing Crohn’s disease. Another important area of research is the role of stress on not only the incidence of IBD but also the management or triggering of IBD flares.

The inheritance pattern of Crohn’s disease and ulcerative colitis is currently unclear because there are many genetic and environmental factors that are likely to be involved. Crohn’s disease tends to cluster in families and about 15 percent of affected people have a first-degree relative, such as a parent or sibling, with the disorder. Simply, having a family member with ulcerative colitis increases the risk of developing the condition.

PBN: What are the newest treatments for the condition?

NADELSON: Inflammatory bowel diseases such as Crohn’s disease and ulcerative colitis are chronic, disabling and progressive diseases characterized by lifelong treatment and whose incidences are increasing in the United States and other industrialized countries. For the last several decades, medical treatments for IBD were limited to nonbiological therapies such as mesalamine, sulfasalazine and steroids, which provide symptomatic improvement but do not change the disease course. With the advances in the understanding of the pathological mechanisms involved in IBD, new therapies have been proposed.

Approximately 20 years ago, the advent of antitumor necrotizing factor-a agents such as infliximab, adalimumab and certolizumab pegol dramatically changed the way we treat IBD by changing both disease course, including fewer surgeries, less hospitalizations, better quality of life, steroid sparing, greater clinical remission and mucosal healing rates in both CD and UC.

Newer medications for IBD include vedolizumab or Entyvio, which is an infusion that targets selective inflammatory markers in the intestine and colon instead of targeting the entire body unnecessarily. Ustekinumab, or Stelara, is a monoclonal antibody that is directed against naturally occurring proteins that regulate the immune system and immune-mediated inflammatory disorders. Stelara includes an intravenous loading dose followed by subcutaneous injections. Stelara is currently second-line therapy and is currently indicated for patients who have failed anti-TNF-a agents.

The newest IBD-targeted medication on the block is an oral pill called tofacitinib or Xeljanz. Recently approved by the [Food and Drug Administration] in June 2018 for moderate to severe ulcerative colitis. Xeljanz is a Janus kinase inhibitor, which interferes with the signaling pathway within inflammatory cells. Other than the mechanism of action, Xeljanz is unique in that it is an oral pill, which is different than any of the other IBD medications currently on the market.

PBN: What was the most interesting thing you learned during your residency at Roger Williams Medical Center?

NADELSON: I am not sure I can identify just one thing that I learned while a resident at Roger Williams Medical Center. I am incredibly grateful that I had the opportunity to learn medicine and train at RWMC. It was an incredible place to receive training from some excellent and experienced physicians. I am very humbled that I get to say that I attended and graduated RWMC because I truly had a great experience there and made a lot of great, lasting friendships that I still have today. I know for certain I would not be at University GI today without the great education and experience that I obtained at RWMC.

PBN: What advice can you provide people suffering from IBD?

NADELSON: I think my advice or recommendation for people suffering with IBD is to be optimistic and hopeful for the future. I understand that while facing an unpredictable disease that has no cure and is undoubtedly emotionally challenging for both patient and family alike, there’s also reason for optimism. I believe that with new and older biologics such as Remicade, Humira, Entyvio, Stelara and now Xeljanz physicians now have an arsenal of powerful and successful options that we never had before. We now have various biologics that we can choose from that we can attack the inflammation at various mechanisms in the inflammatory cascade.

As more and more targeted biologic therapies become available, treatment will hopefully become more individualized for each individual patient. I believe that with the various biologics we have access to now, we have the ability to make patients feel better by keeping patients in remission for longer periods of time and improve patients’ quality of life.

Rob Borkowski is a PBN staff writer. Email him at Borkowski@PBN.com. 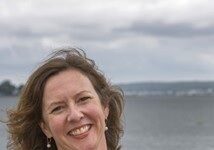 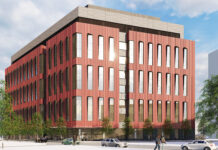 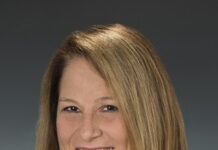 BankRI to open new headquarters on I-195 land

U.S. Navy Seal veteran will lead participants to ‘The Journey to...