It is the second cannabis business in Rhode Island to unionize with Local 328 as the employees at the Ocean State Cultivation Center unionized back in October 2020. However, Greenleaf became the first compassionate center in the state to unionize. Greenleaf’s employees comprise of budtenders, keyholders, online team members and delivery associates, Local 328 said.

Local 328 said contributing factors that lead Greenleaf employees voting 21-1 to unionize include an employee incentive program at Greenleaf being eliminated and employee benefits being reduced. The union also said Greenleaf workers cited their lack of power in decision making and “often go unheard when concerns are brought to ownership.”

“We hope that through demonstrating our continued commitment to one another in organizing as workers that we can create some form of lasting change within Greenleaf that allows for better job security and more space for us to actually be heard. We are proud to become a part of the larger momentum being seen by workers to unionize that is taking place within the cannabis industry,” the Greenleaf employees said jointly in a statement Monday.

Sam Marvin, Local 328’s director of organizing, said in a statement that the union is looking forward to partnering with the Greenleaf employees toward “building a better future they have all earned.”

Greenleaf administration did not immediately respond Tuesday to a request for comment. 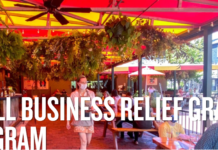 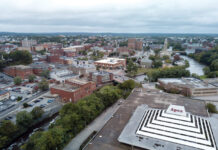 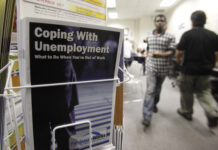 R.I. unemployment claims track back down