Hasbro, Inc. Named One of America’s Most Community-Minded Companies in “The Civic 50”

Selected in the Top 10

November 8, 2012 (Pawtucket, RI) – Global branded play company Hasbro, Inc. (NASDAQ: HAS) today announced that it has been recognized in The Civic 50 survey as one of America’s most community-minded companies. Hasbro was selected in the top 10 by The Civic 50, the first comprehensive ranking of S&P 500 corporations that best use their time, talent, and resources to improve the quality of life in the communities where they do business.  This list also includes companies such as IBM, Citi and AT&T.

“Hasbro is honored to be recognized alongside some very deserving companies as a member of the inaugural Civic 50,” said Brian Goldner, president and CEO, Hasbro, Inc. “For nearly 90 years, Hasbro’s commitment to civic engagement has been part of our DNA and we remain focused on providing our employees’ talent and our company’s resources along with an element of fun to help empower children worldwide.”

Hasbro was evaluated on several elements, including leadership, measurement and strategy, design, employee civic health, community partnerships, cause alignment and transparency. The survey was conducted by the National Conference on Citizenship (NCoC) and Points of Light, the nation’s definitive experts on civic engagement, in partnership with Bloomberg LP.  An article about The Civic 50 looking at the philanthropic efforts of some of the top companies appeared in the November 12-18, 2012 issue of Bloomberg Businessweek. The full Civic 50 ranking is posted on www.businessweek.com at www.businessweek.com/interactive_reports/civic_50_2012.html .

“The results of The Civic 50 show that what is good for business can also be good for the community,” said Michael Weiser, Chairman of NCoC, and Jackie Norris, executive director of Points of Light Corporate Institute, in a joint statement. “Rather than passively write checks to charities or philanthropies, the top corporations are actively aligning their resources and professional skills with the needs of community partners. The Civic 50 reveals which companies are truly innovative, and we are hopeful that these examples will inspire other companies to make a difference in communities.”

Hasbro and its employees have a long history of giving back through its philanthropic programs.  With nearly $16 million in product and financial support provided in 2011 to charitable organizations worldwide, Hasbro’s philanthropic work focuses on helping children overcome critical life challenges, bringing them joy, and inspiring them to make their mark on the world through service.  The Team Hasbro employee volunteer program gives employees four hours of paid time off per month to volunteer with child focused organizations in the communities where they live and work.

This recognition builds on the leadership distinctions Hasbro has received from several prestigious organizations in 2012 for its CSR efforts, including CR Magazine’s Annual “100 Best Corporate Citizens” List and the Ethisphere Institute’s “2012 World’s Most Ethical Companies.” Hasbro has also been recognized for the second consecutive year as one of FORTUNE’S “Best Companies to Work For.”

To learn more about Hasbro’s philanthropic programs worldwide, please see its 2011 Corporate Philanthropy Report located at www.hasbro.com/corporate/community-relations/about.cfm. To view the complete list of The Civic 50 recipients and to learn more about the survey and importance of civic engagement in corporate America, please visit www.Civic50.org.

Hasbro, Inc. (NASDAQ: HAS) is a branded play company providing children and families around the world with a wide-range of immersive entertainment offerings based on the Company’s world class brand portfolio. From toys and games, to television programming, motion pictures, digital gaming and a comprehensive licensing program, Hasbro strives to delight its global customers with innovative, well-known and beloved brands such as TRANSFORMERS, LITTLEST PET SHOP, NERF, PLAYSKOOL, MY LITTLE PONY, G.I. JOE, MAGIC: THE GATHERING and MONOPOLY. The Company’s Hasbro Studios develops and produces television programming for markets around the world. The Hub TV Network is part of a multi-platform joint venture between Hasbro and Discovery Communications (NASDAQ: DISCA, DISCB, DISCK), in the U.S. Through the Company’s deep commitment to corporate social responsibility, including philanthropy, Hasbro is helping to build a safe and sustainable world for future generations and to positively impact the lives of millions of children and families every year. It has been recognized for its efforts by being named one of the “World’s Most Ethical Companies” and is ranked as one of Corporate Responsibility Magazine’s “100 Best Corporate Citizens.”Learn more at www.hasbro.com. 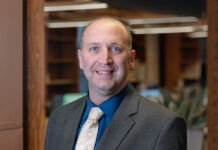 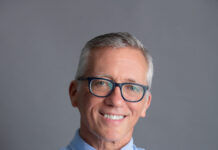 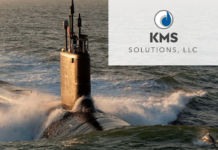 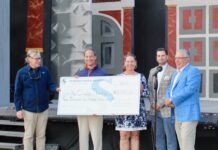 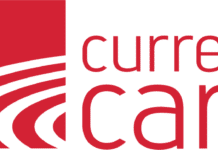