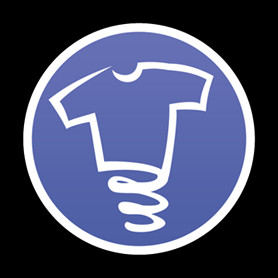 You’ve seen the logo on park benches, bus stands, and soon enough, on a colorful t-shirt.

The “It’s All in Our Backyard” campaign evolved from the Make It Happen initiative, an event hosted by the Rhode Island Foundation in September of 2012.  Over 300 people in the community gathered to share ideas about how to best stimulate the Rhode Island economy and inspire more collaboration between public and private sector leaders. The event identified six major themes, one of which was a lack of state pride. “We sensed a morale issue,” explains Public Relations Officer Lauren Paola, “the ones that were hardest on Rhode Island were Rhode Islanders.”

The campaign seeks to boost state pride by sharing the stories of real people across the state – educators, recreational fisherman small business owners, or anyone in between. Read about the rooftop garden where Gracie’s restaurant in Providence sources a lot of their vegetables, or learn about local award-winning glass artist Tootz Zynsky. The website includes videos, info graphics, and a number of interviews to bring attention to Rhode Island’s successes, big and small. “The campaign reminds us of all the good things that are happening here,” explains the Foundation’s President Neil Steinberg.

The “It’s All in Our Backyard” campaign emphasizes local business, so it’s no surprised that the Foundation is using Teespring to help them fundraise for the cause. Teespring, a crowdfunded custom apparel start-up, was founded by 2011 Brown graduates Walker Williams and Evan Stites-Clayton, and angel investor and now COO Bill Cesare.  Lauren had first heard of the company in 2011, while the founders were still in Providence at start-up accelerator Betaspring. The company has since grown to over 30 employees in its Providence headquarters, with plans to hire more soon.  Several organizations have successfully fundraised using the Teespring platform: one campaign recently raised over $90,000 for the One Fund, which supports victims of the Boston tragedy.

Lauren was able to design a shirt on behalf of the “Our Backyard” initiatives and share the shirt using social media. “It was a good fit for our campaign, and we didn’t have to put out a dollar,” explains Lauren.

Teespring and the Rhode Island Foundation alike look forward to working with other local businesses, projects, and initiatives to help fundraise for the biggest little state.