PROVIDENCE – R.I. General Treasurer Seth Magaziner announced Monday that his office intends to divest the state’s pension fund of about $20 million to $30 million worth of Russian stocks and bonds.

The decision to zero out the investment was made in response to Russian President Vladimir Putin’s unprovoked actions in invading Ukraine, its sovereign neighbor. The move has drawn international criticism, including financial-based sanctions.

A 2020-21 report published by the general treasurer’s office said the state’s pension fund sits at $10.4 billion and holds shares in thousands of companies. The pension fund provides retirement payments for the state’s approximately 60,000 active and retired employees.

“We do not want the state of Rhode Island to be funding or supporting Putin’s illegal war in any respect, and we want to make a strong statement that we stand with Ukraine,” said  Magaziner, a Democratic candidate vying for the second congressional district seat occupied by outgoing Rep. James R. Langevin, D-R.I.

The general treasurer believes Rhode Island and other states could pressure the Russian leader financially, causing him to draw down or remove troops from the occupation of Ukraine.

As a precedent, Magaziner said for more than a decade Rhode Island has not invested its pension funds in the Sudan or Iran. “In Rhode Island we believe in democracy and in peace, and we cannot stand for what Putin is doing in Ukraine,” he said.

Magaziner said his office is looking into how to divest the pension fund from its Russia-based investments. No timeline for the disinvestment has been given.

Part of the move will involve calling for an emergency meeting of the state’s investment commission to see about divesting the pension of the Russian investments.

“What we have now is a very serious, rapidly unfolding situation in Ukraine,” Magaziner said.

Gov. Daniel J. McKee’s office did not immediately respond with comment about the general treasurer’s interest in divesting the pension fund of Russian stocks and bonds.

McKee sent a letter to President Joe Biden on Monday expressing that Rhode Island stands prepared to welcome Ukrainian refugees who have been forced from their homes in recent days by Russian aggression. 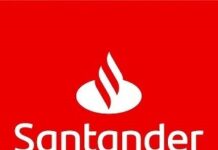 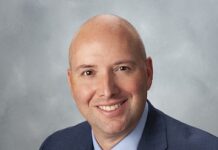 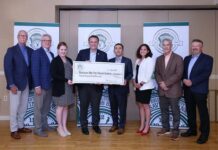