NARRAGANSETT – Rodman Sykes says the docks that his fishing vessels tie up to at the Port of Galilee have taken a beating over the years due to storm damage, swells and the wear and tear from today’s big boats banging against the wooden docks.

“Bigger boats take a toll on the docks; they’re not solid, permanent structures. Every storm they get pretty banged up,” said Sykes, who has been president of CR Fisheries at the port since the mid-1980s.

Sykes said the dock behind Champlin’s Seafood where his family has docked their boats for generations gets the brunt of swells and a strong tide, as it is located near the breakwater and Atlantic Ocean.

“The damage leads to taking down the docks and having to put up new ones,” he said. “They need to be maintained. The docks are all made of wood, and the bulkheads are steel, and they eventually rust.”

That’s why Gov. Daniel J. McKee’s budget proposal to allocate $46 million in American Rescue Plan Act funding for port upgrades would go a long way toward addressing many issues Sykes sees at the port, notably raising the bulkhead caps by an average of 18 inches to account for sea level rise.

“The governor’s proposal shows us that the state is committed to the industry,” said Sykes, a South Kingstown native who grew up fishing around the port. “These docks are important to the fishing industry. The more we can keep it that way the better. To know they’re committed to it gives us a good feeling.”

Sykes says that the state does a good job of maintaining the port, but should also focus on upgrading the deteriorating rock breakwater.

McKee is supportng upgrades that include replacement of bulkheads and docks, raising the bulkhead caps and improvements such as water supply, electrical, security upgrades and bolstering the port against the effects of climate change.

McKee said he is looking forward to working with legislative leaders to invest in Galilee, ensuring that its businesses can be passed on to the next generation and remains one of the East Coast’s most vital fishing ports. “The port is crucial to the livelihood of the commercial fishermen, and business owners that inhabit shops in the area,” he said.

Lt. Gov. Sabina Matos said that, “Working ports like the Port of Galilee define our reputation as one of the nation’s leaders in the blue economy – an industry that contributes $5 billion to our state. It is vital that we take care of assets like the Port of Galilee by addressing long-neglected maintenance and equipping it to sustain the challenges of a changing global economy and climate.”

The R.I. Department of Environmental Management has four infrastructure projects underway at the port totaling nearly $15 million in investments.

The work includes replacing nearly 1,000 feet of bulkhead – a steel structure that forms a barrier between the land and water, providing protection from storm surge, and upgrades of piers, asphalt, and electrical systems.

If approved by the General Assembly, McKee’s $46 million budget item will capitalize projects that confront problems related to long-deferred maintenance, expanding the scope of current improvements to extend the life of the port by decades.

“Unlike other fixed assets, there is no normal wear and tear at Galilee,” he said. “The port is a dynamic marine environment that is subject to tide, wind, sun, salt, storms, storm surges, sea level rise, and many other conditions and factors and really needs this attention.”

Bill McCombe, a spokesman for the Block Island Ferry, said the ferry company is pleased to learn of the governor’s proposed improvements at the port. The Block Island ferry operates daily service to Block Island year-round.

“It’s nice to see the governor’s budget include infrastructure funding for the port, as it’s always a positive for the businesses in the area,” he said. “The state has been doing a lot of improvements, and it would be nice to see that continue.”

The port is a year-round hub of business and tourism activity, as it sees an influx of tourists during the summer season at restaurants and shops, while its commercial fishing industry serves the local food industry.

Covering about 38 acres, Galilee is the home port of 240 fishing vessels and crews. It takes in over 48 million pounds of seafood annually, valued at $66 million, per 2019 data, according to DEM. 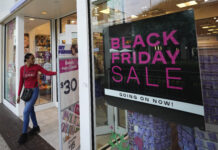 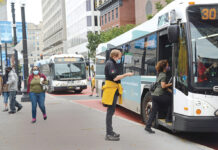 Rising prices have taken some cheer out of bakeries