In developing a specialty in new construction, The Mello Group has found a base for growth.

The boutique real estate group, based in Seekonk, sells homes, but it has also developed a niche in selling available lots, representing custom builders in new subdivisions, and matching property owners with design-builders.

Since opening as a stand-alone agency in 2011, The Mello Group has helped to develop more than 30 subdivisions.

Like many young Realtors, owners Jennifer and Gary Mello initially focused exclusively on sales of existing homes. Then associated with another real estate broker, the young couple became involved with new construction when they pursued that option for their own home. They impressed the builder enough that he gave them one home to sell. “They trusted us with a model home. … It grew from there to one subdivision, then it grew from there,” Jennifer Mello said.

The new-construction specialty requires knowledge of development and construction, in addition to real estate. For these reasons, many Realtors have shied away from it, she said.

Since branching out as an independent company in 2011, The Mello Group has grown to include 20 full-time Realtors. They work exclusively with the real estate company.

Who are the new-construction clients? Many are empty-nesters or new retirees, relocating just over the Rhode Island border to Massachusetts towns that have more-favorable tax policies. This group wants single-level living and modern homes with efficient technology.

Another group is young families that want a larger house.

Unlike in many communities in Rhode Island, home construction is continuing in Massachusetts, Jennifer Mello said, because the land is available and zoning laws sometimes require larger lots that accommodate new homes.

Proximity to both Providence and Boston’s job markets also is driving growth in The Mello Group’s territory, she said. In Rehoboth, a large town, many property owners in the northern part of the town commute into Boston through Attleboro’s train station. In south Rehoboth, many homeowners work in the Providence area.

One of the main reasons that new construction is in demand in Massachusetts is it is comparatively affordable. If a family is looking to buy a $400,000 to $600,000 home, as resale, it often will have outdated kitchens or baths, she said.

The company, Mello added, has succeeded by helping people find what they need.

“We have a strong client base of empty-nesters, who are used to having a lovely home. They want to downsize to another beautiful home, but there aren’t a lot of single-level, contemporary-style homes, and so therefore they build them,” she said. • 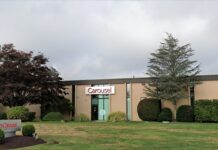 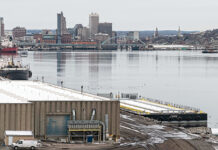 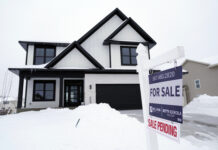