The past year has been difficult for most, but under CEO and President Cortney Nicolato’s leadership, the United Way of Rhode Island’s community support never wavered.

“The United Way has been long known to step up in times of need in our community,” Nicolato said. “We are built for this; this is our role.”

Nicolato, who spent most of her career in the nonprofit sector, came to the Providence-based organization two years ago.

“There was an expectation bestowed on us by my parents that we would leave the world better than we got it,” Nicolato said. “I took that very seriously.”

The COVID-19 pandemic didn’t slow down Nicolato. Under her leadership, the staff took 255,000 calls to its 211 hotline in 2020 – the most ever received in a 12-month period, and the most calls per capita in the country. The free, confidential call service connects people with needed resources 24/7 year-round.

“She brought such a bold energy to this organization,” United Way Chief Resource and Engagement Officer Brooke Havens said. “She’s a tremendous visionary who has a real incredible confidence in our capacity to do good. She has been extremely empowering to our organization and we’ve gained some amazing momentum.”

Nicolato also developed and implemented a new, ambitious five-year strategic plan; reorganized the enterprise; deepened United Way’s relationship with state leadership; partnered with the Rhode Island Foundation to establish the COVID-19 Response Fund, which raised $8.5 million during spring 2020; diversified the board of directors to reflect the communities it serves; brought all staff to a livable wage; and convened a committee to explore the development of a nonprofit management sector.

“One of the things that is really important about a leader is not to be afraid of change or to take a risk, and she is that leader,” Havens said. “We are the kind of organization that can make catalytic change, and she has positioned us well to make that change.”

Opportunities for change are what keep Nicolato motivated.

“I feel a sense of obligation to this community and to making real transformative change,” she said. “That starts with breaking down systemic racism and inequities and injustices in this state. I get to be in a position to support that with all of my being and the resources we have. There are way too many Rhode Islanders who suffer every day but are fighting tooth and nail to thrive. We see that and I get to work with my team to help change lives every day. That’s something I don’t take for granted.”

Nicolato also implemented the 401 Gives Day campaign last year, a statewide day of giving, after participating in a similar initiative with a previous employer in Texas.

“It was important to me to figure out how we could build a movement to grow the awareness of the incredible work of the nonprofit sector,” Nicolato said. “It is absolutely about raising critical dollars, but more than that it was an opportunity for the nonprofit community to come together and celebrate.”

In its second year this year, the campaign raised more than $2.2 million for local ­nonprofits on April 1.

“She really spearheaded that campaign,” Havens said of Nicolato, “recognizing the nonprofit sector does not have a collective force, something that holds us together as a network.”

While United Way was successful in many ways, it also faced challenges this past year. Nicolato credits the generosity of the Rhode Island community for helping get the organization through. She also credits her “#teamunited.”

“We have hard jobs, listening every day to Rhode Islanders in need,” she said. “We did it with grace, focus and passion. This team was caring for their own families through this and did it without question because our culture and organization is centered in what we call ‘community first.’ They displayed that every single step of the way. I was proud of them before COVID; I am inspired and awed a year later.” 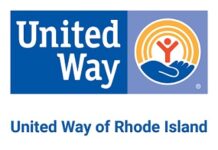 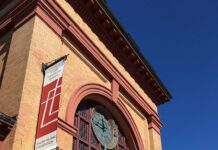 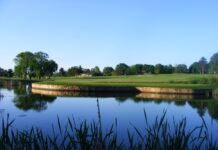 A few tickets remain if you want to join us Thursday night!

Save The Bay director Stone to retire next June