Planning is crucial in business, and it has never been as difficult as it is now that the coronavirus pandemic has hammered the national and Rhode Island economies. And the flurry of federal loan, grant and tax-deferral programs that are rolling out haltingly, often with scanty guidance, may be adding to the confusion.

“We are flying the plane as we are building it,” said Mark S. Hayward, Rhode Island district director of the U.S. Small Business Administration, referring to the difficulties of creating and disseminating relief programs for struggling ­businesses.

Challenges to Rhode Island businesspeople trying to function in a near economic shutdown in the coronavirus crisis were discussed at length on April 16 at Providence Business News’ virtual Coronavirus Stimulus Program Summit.

The panelists participated by web conferencing at separate locations, and an audience of about 250 people watched at their computers.

Several government-backed loan and grant programs are underway to help businesses, but they are coming online slowly and getting depleted quickly. One of the big outcomes is confusion.

Business owners and managers need to determine if they qualify for assistance, how to apply, how to avoid double-dipping across programs, and how to merge new rules – for example, for paid sick leave – into companies’ existing benefits. They also wonder what will happen if some forms of help – such as the eight weeks of federal payroll reimbursements for small businesses – end before the health crisis eases.

One major federal program is the $349 billion Paycheck Protection Program, which offers forgivable loans to businesses with fewer than 500 employees. At least 75% of each loan must cover payroll for a period of eight weeks; money used on payroll, as intended, will be converted into grants.

“Not a lot of businesses in Rhode Island would not qualify for this,” said Hayward.

But Pryor noted that some lenders “were not able to get off the starting line at the time of the national rollout” on April 3. The program has since run out of its allocation, and federal lawmakers were working on a deal to put more money into the program.

As of last week, Hayward said, PPP had made 8,700 loans in Rhode Island for an overall $1.3 billion, an amount he called “significant.”

‘We are flying the plane as we are building it.’
MARK S. HAYWARD, U.S. Small Business Administration Rhode Island district director

Businesses “need to carefully track the use of this money in a segregated payroll account so that you can track it more easily,” Del Sesto said. “If you don’t have a dedicated account for payroll, you should open one.”

Economic Injury Disaster Loans, an SBA program that existed before the coronavirus, received $10 billion from Congress in late March and is distributing loans of $1,000 per employee. These loans are for long-term needs. Hayward said Rhode Island businesses had received 58 of these loans as of early April.

Also, under a new employee retention credit, the IRS is allowing employers to retain 50% of their payroll taxes, up to $5,000 of eligible wages per employee. The big advantage here, McDonald said, is that no applications, approvals or paperwork are needed; the employer simply keeps money it normally would have paid in taxes. This benefit rises with the size of a company’s workforce, McDonald noted.

However, McDonald said, employers may not use this benefit if they are getting loans through PPP; that would be a case of double-dipping in two benefit programs for the same workers.

Another tax benefit is that, starting in the second quarter of this year, employers now may delay paying their share of Social Security taxes, without penalty. Ultimately, these deferred tax payments must be paid in two equal portions, due by Dec. 30, 2021, and Dec. 30, 2022, McDonald said.

“Employers can request documentation to allow sick leave,” Yeates said. “Also, there are some exemptions for small businesses under 50 employees if the paid leaves would jeopardize the business.”

Paid sick leave will be reimbursed by the federal government, McDonald said. But workers out on sick leave may not be counted – during the weeks they are out – by employers in applications for the PPP; that would amount to using two benefit programs for one person.

Some questions from the summit audience alluded to double-dipping or other complications of piggybacking federal help onto existing company policies, such as sick-leave policies already in place.

Double-dipping into the variety of assistance programs is something all companies – including a lot of harried managers trying to digest lots of new information – must carefully avoid in dealing with many of these programs, McDonald said.

“Folks need help figuring out how to put this all together so that they don’t combine programs that may not be combined,” she said. “It’s difficult to manage.”

Some audience members wondered about getting tripped up by the rules: what if the company was able to spend only a percentage of the PPP money for payroll and a different percentage for the PPP money for other uses? Must the money be returned to the government, and how?

“I don’t think Congress’ intent was for this to be punitive,” said Hayward. “Collectively we are trying to walk down the road and to figure this out in the best interests of the community. We want to get beyond this.” 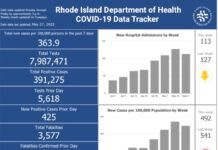 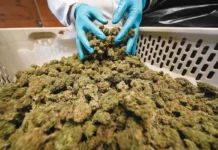 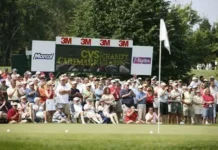 We are almost sold out and online tickets are no longer available for purchase. If you would like to purchase tickets, please email us at events@pbn.com.

With recreational marijuana legal, industry scrambles to prepare for Dec. 1...

With recreational marijuana legal, industry scrambles to prepare for Dec. 1...