PROVIDENCE – The looming deadline for Providence workers to get vaccinated has become the latest source of sparring between city lawmakers, who disagree over how to enforce the mandate or whether it’s needed at all.

Council President John J. Igliozzi sounded the alarm on Wednesday, warning that 80 Providence police officers – out of 450 – were slated to lose their jobs for failure to meet the Jan. 14 vaccine requirements set by Mayor Jorge O. Elorza.

Elorza, meanwhile, defended the policy and criticized Igliozzi for a “misinformed stunt,” suggesting that the situation is not as dire as Igliozzi described it to be.

Elorza in late December announced the mandate for city workers, including police officers, to get their first shot by Jan. 14, warning those who did not would be “separated from employment.”

Two days before the deadline, Igliozzi called an emergency meeting of the City Council in an attempt to block the impending firings from taking place.

The proposal slated to be considered by the council Friday would require city officials to submit a staffing plan – with a subsequent public hearing and council approval – before firing more than 2% of public safety employees, which includes its police and firefighters. A similar process would be needed if more than 20% of city government workers were to lose their jobs within a single department of more than 30 employees.

“If a significant number of police officers are fired, lawlessness would take hold, disrupt city business and put every resident of Providence at risk,” Igliozzi said in a statement announcing the meeting.

As of Wednesday, more than 15% of Providence police officers are not vaccinated, according to a statement from the city council.

Igliozzi stressed the importance of keeping its police force intact amid current safety concerns, which have included an increase in homicides in 2020 and 2021 and public outcry over reckless all-terrain vehicles.

“Providence cannot afford to lose nearly 80 police officers, especially at a time when gun violence and other violent crime is on the rise in Providence,” Igliozzi said. “To ensure that we can maintain public safety in our city, the council must and will take action to prevent any mass terminations.”

But Elorza refused to budge, insisting in a statement Wednesday night that his policy stands.
“While we are willing to help educate employees who need additional information, every Providence employee will be required to get vaccinated,” Elorza said in a statement released Wednesday night. “Our policy stands in place, as we know it is in the best interest of our employees, their families and the residents we serve that everyone who is eligible gets vaccinated.”

Elorza pointed to the 100% vaccination rate among firefighters as proof that “the process can work.” He also shared different data on how many Providence police officers have not met the mandate, saying 21 police officers have gotten their first jab “and others have made appointments.”

The requirement sets Friday, Jan. 14, as the deadline for the first shot, with plans for the city’s human resources department to review compliance in the following week, according to Elorza. It’s unclear when those who have not gotten vaccinated would actually lose their jobs.

(UPDATES throughout, including statements from Mayor Jorge O. Elorza.) 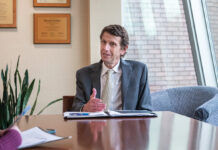 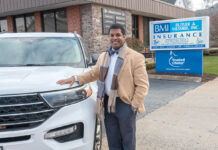 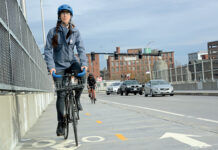