PROVIDENCE – Since restarting in-person learning in schools throughout Rhode Island on Monday, there have been 19 positive coronavirus cases associated with schools, said Gov. Gina M. Raimondo during Wednesday’s coronavirus briefing.

Out of 300 people that were swabbed for the virus at the state’s designated K-12 testing sites that the governor announced earlier this month, eight tests came back positive. There were 11 people that tested positive outside of the school testing site.

“We’re off to a very good start,” said Raimondo, who said the key to keeping a lid on the virus and keep students back in schools is rapid testing.

The governor said that in each positive case, the student, teacher or school staff member was immediately put into isolation in addition to their close contacts.

“We will continue to see cases in schools,” said the governor.

R.I. Department of Health spokesman Joseph Wendelken said out of the 19 positive cases associated with schools, 12 were students and seven were teachers and staff.

The news on positive cases in schools comes as there have been reports of challenges surrounding virtual learning, such as “too many” students per teacher in digital classrooms.

“Education is not optional,” said Commissioner of Elementary and Secondary Education for the State of Rhode Island Angelica Infante-Green, who said that the school year is off to a “great start.”

Out of the 19 people that tested positive, Alexander-Scott said 10 never actually went to school.

In total, confirmed cases of COVID-19 in Rhode Island increased by 86 on Tuesday, the R.I. Department of Health said Wednesday.

Cases of the virus have totaled 23,358 to date, an increase of 108 from figures reported on Tuesday, accounting for both the day-to-day increase as well as data revisions for previous days. The three-day average of new cases in the state was 78.

There were also three new deaths due to the virus, bringing the state total to 1,081.

Hospitalizations of COVID-19 patients in Rhode Island totaled 84, a decline from 85 one day prior. The three-day average of hospitalizations in the state was 85. Of those hospitalized, nine were in intensive care units and five were on ventilators. 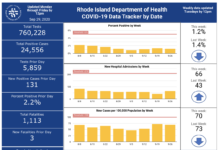 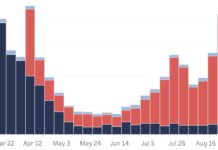 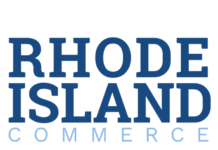