PROVIDENCE – Construction employment in Rhode Island in April declined 13.9% year over year, the third-slowest rate in New England, according to the Associated General Contractors of America Friday.

Vermont had the sharpest drop in the nation in construction employment in that time, falling 48.7% to 7,900 jobs. South Dakota had the largest construction-employment increase in the United States, rising 9.6% year over year to 25,200 jobs.

“Today’s state employment report shows how widespread – and deep – the job losses have been among construction workers, despite a smattering of new or accelerated projects,” said Ken Simonson, the association’s chief economist, in a statement. “Meanwhile, our latest survey indicates that the paycheck loan program has enabled some companies to retain or add workers for now, but that relief will expire soon if not extended.”

Construction employment in the remaining New England states in April: 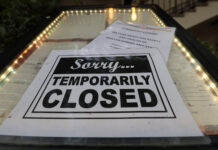 R.I. has highest unemployment rate in N.E. in April 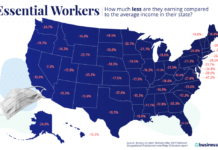 Study: Essential-worker pay gap in R.I. among highest in nation