Dr. Matthew Smith spends most of his time working with patients, helping them heal from painful conditions that affect muscles and bones.

A physiatrist at University Orthopedics Inc. for the past three years, Smith rehabilitates his patients with back, neck and other problems in an effort to return them to a normal life.

He’s also taken on another role as an ambassador of sorts to his peers. Smith was named a “clinician champion” by the federal Centers for Medicare & Medicaid Services in the fall, a position that comes with two goals.

First, he’s expected to provide feedback to CMS on its Quality Payment Program and how it is working day to day in the health care field. In addition, Smith serves as an educator to physicians, explaining how value-based care works down to the most basic levels.

The ambassador role suits him. Smith has long been drawn to trying to strike the right balance between the cost and quality of services people are receiving.

As the founder and owner of East Greenwich Spine & Sport, which was in operation from 2003 to 2017, Smith said he “was looking for a common interest to increase value in the delivery of care for back-pain patients.”

In addition to years of partnership with the Rhode Island Quality Institute, a nonprofit that focuses on improving health care across the state, Smith worked on his own to try to figure out how to approach his practice more efficiently. The main goal, he said, was “how to tackle back pain more on a population level, and from a value standpoint, not just a fee-for-procedure standpoint.”

According to the Kaiser Family Foundation, about 20% of Rhode Islanders are enrolled in traditional Medicare and Medicare Advantage, or plans offered by private insurers that are approved by Medicare to cover certain benefits.

That’s in line with the nationwide Medicare coverage rate of about 19%.

University Orthopedics declined to disclose what percentage of its patients are on Medicare.

As a liaison for CMS, Smith now finds himself explaining to other doctors how its Quality Payment Program, or value-based care, works and why it’s better than what’s been done before.

Simply put, Smith said value-based care hinges on doctors and practices providing relevant care for patients, trimming unnecessary costs and making preventative measures a priority in order to avoid expensive health crises in the future. Physicians who save money and meet quality standards put in place to hold providers accountable are rewarded by Medicaid with a share of the savings.

“They make sure you’re seeing your diabetics for retinal exams [so that doctors don’t say] ‘Never come in, because if you never come in, we get the same amount of money,’ ” Smith said.

Although the programs are designed for people covered by Medicare, often private insurers pay attention to CMS policies and follow suit, he added.

Bundled payments for some orthopedic procedures are one example of shared savings at work.

“Knee pain, back pain, shoulder pain, neck pain, hip replacements … a huge amount of the cost seems to be going to what we call ‘post-acute care.’ After you have your surgery, do you go to acute inpatient rehab, do you go to a skilled nursing facility, or do you go home with home health?” Smith said.

For its Medicare patients, University Orthopedics offers a bundled payment for some surgeries that repair or replace joints. The shared savings program includes quality benchmarks set by CMS, which have resulted in changes to post-surgery care.

By hiring care managers and a company that creates a dashboard to track where its patients are after surgery, University Orthopedics has been able to customize and streamline care for people who are recovering from an operation.

“Our nurse managers are meeting with [patients] beforehand, trying to educate them and give them continuity plans,” Smith said. “They’re working with the skilled nursing facilities and saying, ‘Look, this isn’t a blank check. You can’t just take this person and keep them for two or three weeks when maybe they can get out in four or five days,’ ” Smith said.

Whether instituted to save money, increase profits for physicians or improve patients’ experiences in the exam room, change can still be hard to embrace.

As Smith spreads the word about value-based CMS programs, reaction from fellow physicians across the state varies.

Part of the challenge is asking busy doctors to consider an angle of health care that they may not have time to become involved in.

“I think a lot of doctors like to have a relationship with their patients and just go in and sort of take care of people,” Smith said. “And what’s going on in the world of health care policymakers and economists is not something they’re all that interested in. If they were, they would have gone into economics or health policy.”

Still, despite oft-evolving programs, requirements and clinical guidelines regulating Medicaid care, there is an overall sense of making progress.

“I think all doctors at some level share some fundamental core values of wanting to do what’s right for society, to be people that help create a better environment and situation and reality for a community,” Smith said. 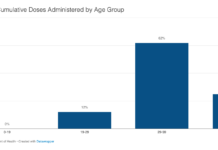 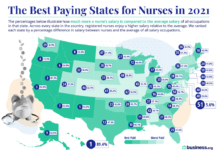 Report: Average nurse salary in R.I. 43.8% higher than average salary of all occupations in state 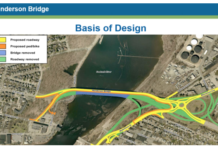 25% of vaccine doses have been received by Rhode Islanders 60...