PROVIDENCE – The Rhode Island Foundation one-upped itself in helping the nonprofit community in 2019.

The foundation announced Friday that it awarded $56 million in grants to more than 2,000 area nonprofits last year, setting a new record in both grants issued and the number of nonprofits that were aided. The new mark eclipses the Rhode Island Foundation’s previous record of $52 million that was reached in 2018.

Rhode Island Foundation President and CEO Neil D. Steinberg told PBN this week the foundation regularly works with donors to understand what initiatives are important to them, encouraging them to donate and matching that encouragement to what is needed across the state. As a result, the foundation said it raised $47 million in funds from individual, organizational and corporate donors – which Steinberg said is “above average” – and the gifts were as much as $4 million and more than $1,400 gifts were a little under $250 each.

Additionally, total assets for the foundation stood at approximately $1 billion at the end of last year, Steinberg said, and its total investment return for 2019 was 18.6%.

Most of the grants Rhode Island Foundation awarded in 2019 aligned with its three priorities: Educational success, healthy lives and economic security, the foundation said. Grants were also issued to organizations within the arts and culture, human needs, environmental and housing sectors, as well.

“We touch everybody in the community,” Steinberg said. “Our mission is to meet the needs of all of the people in Rhode Island.”

Grants were also issued last year to nonprofits that are performing outreach to encourage participation in the 2020 Census. Also, earlier this year, Rhode Island Foundation announced that 26 nonprofits received $300,000 in total grants via the Rhode Island 2020 Census Fund. The program’s goal is to protect the approximately $3.8 billion in federal funding that Rhode Island receives annually based on census data for housing, education, health care and other initiatives. Census data is also used to reapportion U.S. House seats and draw legislative districts for local governments.

Steinberg said people understand that the Census is “key” to attracting federal funds to the state and the grants issued were to help grassroots organizations “get the count up” and have individuals fill out the Census forms. 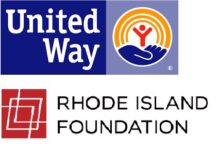 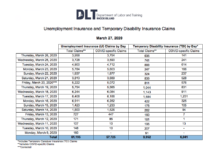