“Rhode Island is one of the oldest states in the nation and, as a result, our infrastructure faces many challenges,” said Nazifa Sarawat, chair of the 2020 Report Card for Rhode Island’s Infrastructure. “Severe weather events and our location as a coastal state only add to the burden. If we want to use taxpayer funds efficiently and proactively [to] ensure public safety, we must ensure that our systems are properly maintained and prepared for imminent sea level rise, harsh winters and increasingly severe storms.”

The state received its worst grade for bridges and its best grade for rail infrastructure in the report.

The report said that the state was home to the highest percentage of structurally deficient bridges in the United States in 2019; however, it noted that the state has seen modest improvement since the implementation of RhodeWorks in 2016. The report recommended that the state continue the program and advocate for long-term federal and state funding programs for bridges, as well as the use of design-build projects to achieve cost savings in bridge repair and replacement.

The report said that despite the increased funding for roads due to the RhodeWorks program, the state still faces an investment gap for road and highway improvements. The report recommended that the state prioritize maintenance and preservation to extend roads’ lifespans, tackle traffic congestion via policy and technology to maximize the existing capacity and to support research and development of innovative materials, technologies and processes to maximize the lifespan of roads in the state, among other recommendations.

The state’s ports were said to need ongoing investment to upgrade outdated infrastructure, to plan for future growth and to protect facilities against sea level rise. The report recommended the continuation of dredging operations, the continuation of port resiliency plans, and advised the state to leverage synergies between ports and the growing offshore wind industry.

The report found that many pipelines in the state are in need of renewal and replacement. There was said to be $1.8 billion in needed wastewater infrastructure investments in Rhode Island. However, the report also noted that wastewater treatment plant upgrades already implemented have protected outdated facilities from falling into disrepair.

The report noted that Rhode Island has already invested in drinking water infrastructure over the years and has reduced the risk of pipe leakage and contamination, but said that problems persists, such as the continued existence of lead pipes on private property, as well as the state’s vulnerability to the impacts of climate change, such as sea level rise.

The report recommended the state create affordability programs to low income populations for drinking water costs, recommended an increase in funding for water quality improvements, as well as continued support of programs to mitigate weather and climate related threats.

The report said that 40% of Rhode Island’s gas lines are over 50 years old, making it the fourth oldest gas infrastructure in the U.S. However, it added that infrastructure owners in the state, such as National Grid Rhode Island, have made notable improvements and closely monitor the system. The state was also penalized due to energy rates. It attributed this primarily to natural-gas limitations in the New England region. The report also noted that Rhode Island is considered a leader in renewable energy nationally.

The report recommended that the state prioritize the inspection and replacement of gas lines, increase electricity generation to drive down costs, to continue to support private developers in renewable-energy projects, as well as to upgrade the electrical system to enhance reliability and resilience.

The state’s highest grade, the report found the state’s rail in good standing. Most of that rail is owned and operated by Amtrak, it noted. Annual boardings and alightings in the state were said to total almost 1 million.

For freight rail, inbound traffic constituted 93% of activities, including to Quonset Business Park as well as to the Port of Providence and Pawtucket.

The report recommended that the state try to relieve congestion along lines shared by passenger and freight trains, eliminate the need to restricted freight operations at Providence Station by constructing a firewall or bypass tracks, the promotion of commuter rail beyond Providence, the continuation of reuse development for abandoned railways, and also recommended the state work with private developers to restore commuter rail service between Worcester, Mass., and Woonsocket.

The full report may be viewed online. 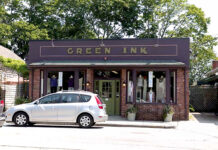 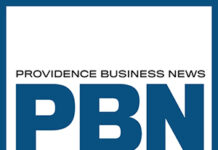