PROVIDENCE – The Rhode Island Public Expenditure Council announced that Mim L. Runey, the Providence campus president and chief operating officer of Johnson & Wales University, will be its new president of the board of directors and trustees starting April 1, 2018.

At RIPEC’s 74th Annual Meeting Monday, Robert A. DiMuccio, chairman, president and CEO of Amica Mutual Insurance Co., was re-elected president of the board of directors and trustees for a shortened six-month term expiring March 31, 2018.

The short presidential term was a planned transition time agreed upon between DiMuccio and Runey for board presidency succession.

DiMuccio has been president of the board for seven years and will remain on the board following his term as president. Reasons for DiMuccio’s step back from the presidency were not provided to PBN.

This year at RIPEC’s annual meeting, the organization bestowed public service awards to Lawrence J. Mancini, the finance director for the city of Providence, and Linda Haley, the principal legislative budget analyst for the R.I. House Fiscal Advisory Staff.

Paula Twidale, chair of RIPEC’s Public Service Award Selection Committee, said of the two recipients, “The integrity and dedication to public service demonstrated by both of this year’s distinguished award recipients makes them an asset to Rhode Island, and we are proud to honor them as part of this year’s annual meeting.”

RIPEC’s board of directors and trustees also approved the organization’s operating program for the next two years, the organization announced, deciding to focus on economic development and business climate, education and workforce development, and state and local fiscal policy. 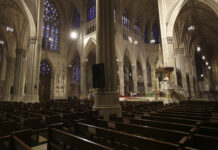 AP: Catholic Church lobbied for taxpayer funds, got $1.4B 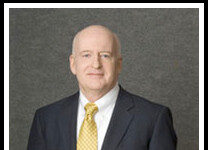 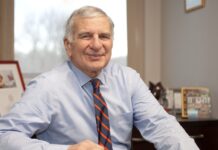