PROVIDENCE – The Senate on Tuesday voted, 28-5, to approve the IGT/Bally’s Corp. agreement for a 20-year deal to run state-sponsored gambling services.

Passage of the legislation affects the state’s third-largest revenue stream, income from the state’s two casinos and the R.I. Lottery.

Having already been approved by the House, the measure now moves to Gov. Daniel J. McKee for his signature. Previously, he has expressed his support of the contract.

Sen. Ryan W. Pearson, D-Cumberland, chairman of the Senate Finance Committee, said the legislation went through an open, public, transparent vetting process and will promote economic development for the state.

“It started out as a war – but I thought it was appropriate for all the parties to come together on this agreement,” he said, noting that the measure comes with job creation requirements and regulatory oversight.

Sen. Samuel W. Bell, D-Providence, disagreed, saying the state made a deal that was good for IGT and Bally’s Corp., but bad for Rhode Islanders.

Sen. Jessica de la Cruz, R-Burrillville, said the state should have put the contract out to bid, and she voted against passage.

The amended legislation approved by the House in a 62-11 vote last month, after eight proposed amendments by Republican leaders were voted down.

House Minority Whip Michael A. Chippendale, R-Coventry, said that the agreement locks the state into a technology bill for 20 years, while House Minority Leader, Blake A. Filippi, R-New Shoreham, called the contract “a corporate giveaway.”

Rep. Carol Hagan McEntee, D-South Kingstown, chairwoman of the House Committee on Small Business, said the agreement is “economic development” for the state.

The 20-year agreement would require IGT – formally known as International Gaming Technology PLC – to pay the R.I. Department of Revenue $27 million, of which $13.5 million is due by June 30, 2023, and $13.5 million is due by June 30, 2024, for the right to be the exclusive provider of products and services related to the state-sponsored gambling operations.

IGT would be required to create 1,100 jobs in the state for the exclusive control of the state’s gambling system. It obligates Bally’s Corp. to employ no fewer than 30 new senior management employees at a corporate headquarters in the state by Dec. 31, 2022.

The legislation also calls for Bally’s Corp. to expand its Lincoln casino by 50,000 square feet at a cost of $100 million, and obligates the company to lease at least 20,000 square feet of commercial space in Providence through the extended expiration date of 2043.

IGT and Bally’s must maintain headquarters in Providence through 2043, when the agreement is set to expire.

(Updates with the Senate vote on the legislation.) 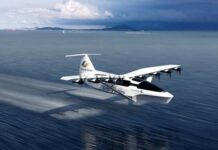 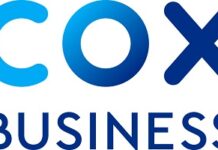 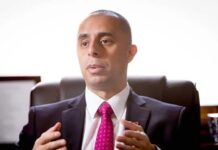