But on a recent day, she noticed a new age group: teenagers.

“We typically don’t see kids shopping for their families alone and, in one hour, there were two separate instances of kids getting food for their family,” Strout recalled.

Strout suddenly realized how deep an impact the COVID-19 pandemic has made, beyond the health crisis. “It’s everybody,” she said. “This ­isn’t something that is just

touching one population over another. It’s really affecting … many people who never imagined that they would be in this position.”

The Rhode Island Community Food Bank and the state’s network of local pantries have been racing for weeks to respond to the hunger and statewide need.

Staff members at the Providence-based food hub and the pantries have been run ragged, handing out tons of provisions to the recently unemployed, the poor and the elderly worried about leaving home and being exposed to the virus.

Food donations from grocery stores are down. School closures have eliminated a reliable source of breakfast and lunch for thousands of schoolchildren. And volunteers who are crucial to sorting and packing supplies have been forced to stay home. Instead, the remaining workers are taking on the extra work, toiling away as the need for food is reaching astronomical levels.

The situation is not likely to change soon.

“Until Rhode Islanders start getting back to work, businesses start reopening and child care is back … we see the need remaining dramatically high,” said food bank CEO Andrew Schiff.

Since the emergency began in mid-March, Schiff said the food bank is now distributing about 337,000 pounds per week – about one-third more than before the coronavirus – to its network of 168 agencies.

In about six weeks, the food bank has placed orders for $1 million worth of food – an amount normally spent over six months, Schiff said.

At the start of 2020, the food bank was serving about 53,000 people a month through its member agencies, which Schiff said was already challenging. Now, close to 70,000 people need food assistance. While those grim numbers resemble the Great Recession a decade ago, Schiff notes the recession didn’t strike overnight.

The need has skyrocketed right along with the number of unemployment filings.

At the MLK Center, the pantry received about 34,000 pounds of food one week in late April, 10 times the normal amount, said Ed Crowley, the center’s food pantry coordinator.

Why? Because the center’s pantry has served approximately 2,500 people, more than half the number the pantry served in all of 2019.

It’s much the same at Federal Hill House Association in Providence, where the staff is seeing up to double and triple the amount of people in need of food at the nonprofit’s two pantries. To meet the heightened demand, Federal Hill House stocked up with an extra 8½ tons of food in the first week of May.

“We had a lot of new families, which we anticipate will continue,” Executive Director Kimberly Fernandez said.

In East Providence, Good Neighbors Inc. recently had a weekly food delivery of about 4,000 pounds, quadruple the usual amount, according to Executive Director Ric Wild, who said the weekly number of households served has tripled.

“It was a little overwhelming,” he said. “We have kind of an expectation of how a pantry day goes and the numbers that we can expect, and the number of new people we can plan on seeing. This totally disrupts any sense of normal for us.”

While the need increases, some sources of help are evaporating.

Under normal circumstances, about one-quarter of the 12 million pounds of food distributed annually by the food bank comes from supermarket donations. Not now.

With grocery stores struggling to keep their own shelves stocked, those contributions stopped.

At the same time, volunteers who would normally lend a hand have been told to stay home because of a fear of outbreaks.

Schiff said the food bank normally has 100 volunteers, in addition to various corporate partners sending employees for community service. Now, for safety reasons, that workload is placed on a staff of 55 working at the Niantic Avenue facility.

Warwick resident Anne Dunbar has volunteered for more than a decade, but now she must stay away while the need has been the greatest.

“It’s really frustrating,” said Dunbar, whose daughter, Karen Fuller, is the food bank’s director of philanthropy. “There’s an awful lot of volunteer hours that go into the food bank. When regular staff has to pick that up, it’s another challenge for them.”

The pandemic is weighing on the minds of staffers. Rob Taylor, who is the food bank’s transportation supervisor, said staffers know people who are in financial distress or have family members hospitalized.

“One of the people in the office [here], her dad is a nurse and he got sick and was in the ICU,” Taylor said. “He got out and he’s fine. But you hear constantly these stories … anything that happens, your mind is going to go to the worst-case scenario, and it’s hard to stop that from happening.”

The pressure is high at local pantries, too.

At the MLK Center, more than 600 volunteers helped distribute food last year, but Crowley said it’s been “all hands on deck” for the remaining 16 staffers. And Good Neighbors’ food pantry is operating with half of the usual 50 to 75 volunteers. To avoid burnout, Wild formed teams to ensure too much isn’t asked of any one person.

Operations have changed in other ways, too.

The needy are no longer selecting food from shelves at some pantries because of concerns about crowding. Instead, nonprofits such as Federal Hill House and Good Neighbors have switched to a curbside system with bags of food either filled with what’s available or preselected by those in need.

And the MLK Center has hit the road, using its mobile pantry to deliver food at several Aquidneck Island sites. It has proved popular, according to Strout. At one stop, more than 140 people lined up, some waiting for more than an hour.

“[The pantries] had to reinvent themselves,” Schiff said. “Each [pantry] has had logistical challenges to this, and it’s just been amazing to see what they’ve been able to do.”

Fuller, who has worked for seven years at the food bank, said she has been calling donors, finding nearly everyone “just wants to do something” for the community.

“They’re so desperate to give back and help,” Fuller said.

The community has clearly responded. From March 1 to April 26, the food bank received almost $2.8 million more in donations than it did in the same period last year. That included $440,000 from the $100 million national gift from Amazon.com Inc. CEO Jeff Bezos via Feeding America. The food bank also received $47,685 during the inaugural 401 Gives Day event, organized by the United Way of Rhode Island, and has received grants from the United Way and Rhode Island Foundation’s COVID-19 Response Fund, as well.

Food isn’t the only thing being funded. Fernandez said money from a Community Development Block Grant in Providence helped pay for three extra staffers at Federal Hill House for a month to help at the food pantry.

“The trick is the food isn’t as hard to get,” Fernandez said. “It’s the people part, to transport it and package it, distribute it, make sure everybody is maintaining all the protocols and procedures.”

While the COVID-19 “curve” tracking related hospitalizations and deaths seems to be flattening, demand for food is not – and will not for some time, according to the nonprofits.

But executives at the food bank and pantries are confident they can weather the storm for now, with the help of increased cash contributions they’ve been receiving and the special distribution partnerships they’ve formed.

Fernandez said Federal Hill House is trying online fundraising, in addition to sending out a mailer seeking donations. The organization has partnered with Shaw’s Supermarkets Inc. and Stop & Shop to receive some food. Wild said Good Neighbors has solid relationships with local community farms to receive local produce when it is ready to harvest.

The MLK Center recently set up partnerships to receive supplies from Connecticut-based Thurston Foods Inc. and Sysco Corp., and the center orders milk from Arruda’s Dairy Farm in Tiverton. Plus, fire departments in Newport County have also offered the MLK Center assistance in distributing food.

The food bank is keeping a close eye on what could be a devastating state budget process.

Schiff said $350,000 had been set aside for the food bank – double what it had been allocated annually for the last 10 years – in Gov. Gina M. Raimondo’s initial $10.2 billion proposal. But the pandemic has created an estimated total $800 million revenue shortfall for this fiscal year and the next one.

The $350,000 allocation would have enabled the food bank to buy 1 million pounds of food, but state leaders have warned of deep cuts across the board.

At the federal level, Schiff said, continued food deliveries from the U.S. Department of Agriculture are crucial, in case donations or food from other sources run low. But he said Congress needs to act when the USDA’s Food Purchase and Distribution Program ends in December. The program, established when the U.S. implemented tariffs against China, provided $1 billion nationwide to help food companies produce food for food banks. If the program expires, Schiff said, there will be a food shortage.

Schiff also hopes the federal government boosts benefits for programs such as the Supplemental Nutrition Assistance Program, at least temporarily as was done during the Great Recession.

“I think [the government knows] in this emergency … food banks are going to need more food,” Schiff said. “It’s not hard to figure out.” 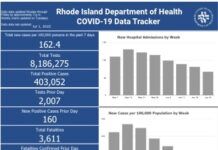 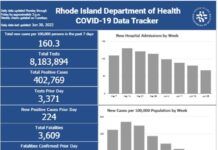 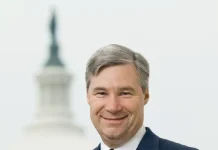