PROVIDENCE – The state’s Executive Office of Health and Human Services has named an interim Veterans Home administrator and announced that the facility will begin to adopt recommendations from a multi-agency committee led by the Rhode Island National Guard.

Paul Murgo was named this week as interim administrator of the 208-bed Bristol home, which houses 195 residents. Murgo will replace outgoing administrator General Rick Baccus, who announced his plans to step down in January.

Baccus, who served as administrator for 11 years, expects to remain at the Veterans Home until about March 20, according to the Rhode Island Office of Veterans Services.

Murgo signed a contract on Thursday. He will officially take over the role on March 7, EOHHS spokesman David Levesque said.

The state will continue to search for a permanent administrator, the veterans services office says.

Murgo, with 25 years of experience in the health care industry, worked for 15 years as an administrator at Eleanor Slater Hospital and has held down executive-level positions in skilled nursing and assisted living facilities in Rhode Island, Levesque said.

General Christopher P. Callahan, Rhode Island National Guard’s adjutant general, led a team that conducted a 60-day review of the home, which has seen a budget deficit since it moved into a new campus in 2017.

The R.I. Department of Health, EOHHS, the Office of Management and Budget and the Emergency Management Agency were included on the team, which released its report on Thursday. Recommendations focused on better management of staffing, food service and housekeeping to trim costs at the facility.

Elizabeth Graham is a PBN staff writer. Email her at Graham@PBN.com. 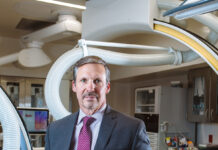 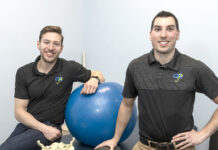 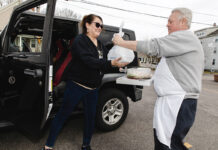 Down, but not out: R.I., bizs hurting but also stepping up