WARWICK – The former Ann & Hope outlet store at 1680 Post Road, including a section that was sold late last year for $7 million, is being turned into a self-storage and vehicle rental facility operated by U-Haul International Inc., according to plans approved by city officials.

The Warwick Zoning Board of Review recently approved a special permit application filed by Amerco Real Estate Co., a real estate and development arm of U-Haul, allowing the company to use the property to operate a 1,600-unit self-storage facility, a retail showroom, a fleet of moving trucks and other rental equipment, and a service area for vehicle maintenance.

U-Haul had purchase and sales agreements in place with two companies that own the two commercial condominium units making up the vacant 240,000-square-foot Ann & Hope store building, the deals made contingent on the special permit being issued by the zoning board. However, as of deadline for this story, no sale of the property has been recorded, based on a review of the city’s online deed transfer database.

Crossroads Capital Fund VI LLC, which is affiliated with the Cranston-based Saletin Real Estate Group and operated by its principals Jeffrey Saletin and Cris Crecelius, bought part of the 22-acre Ann & Hope site for $7 million, including a 147,000-square-foot section of the building and a Firestone auto care center that continues to operate on the site. The other section of the building remained in the hands of the family of late Ann & Hope founder Irwin Chase, through an entity known as Mims Realty LLC. Crossroads and Mims co-owned the parking lot area of the property as part of a condominium association. The companies did not disclose the price of the property sale to U-Haul in its permit applications filed with the city.

Crossroads Capital said in its paperwork filed with the city that U-Haul does not need to perform “any site construction of building modifications beyond repairs and maintenance, refreshing the facade and interior fit up.”

After U-Haul buys the former Ann & Hope property, Crossroads Capital said in its filings with the city that it will then buy back a small “Phase 2” development lot in the front of the property from U-Haul. According to plans submitted by Crossroads, four new “smaller scale” buildings are proposed next to the existing Firestone building.

In its approval of the special permit, the zoning board said it hoped to see restaurants with outdoor seating, or the development of a concrete pad available for another future commercial unit at the site.

Crossroads said additional landscaping and green space would also be developed as part of the project.

An unspecified “Phase 3” of development is also planned on the other side of the entryway into the site across from the Phase 2 area, although no additional details were offered by Crossroads Capital about this section of the property.

There’s also another empty building on the site. The Rocky Point Clam Shack that operated in the parking lot for the past seven years but did not open this summer, after Crossroads Capital declined to renew its lease after buying the property late last year. The seafood eatery features memorabilia from the former Rocky Point Amusement Park, a once popular regional attraction that closed in the city in 1995, and the operator of the clam shack business is now trying to relocate.

The Ann & Hope store was last open in 2020, before the company closed that location and its 10 others throughout Rhode Island, Massachusetts and Connecticut due to the COVID-19 pandemic and other market pressures. The chain, founded in the 1950s, was considered a Rhode Island shopping institution and an inspiration behind the establishment of Walmart Inc., after its founder Sam Walton visited an Ann & Hope store 61 years ago. 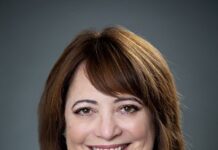 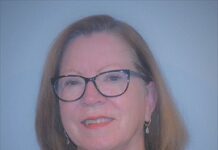