PROVIDENCE – As part of the United Way of Rhode Island’s five-year, $100 million plan to create transformative change in the Ocean State, the nonprofit announced Wednesday that 72 local organizations received a combined $4.5 million in grants from the nonprofit. The grants, United Way said, will support various programs targeting racial inequities and create opportunities for all.

Funding for the grants was supported by United Way’s Community Impact Fund, which received a $10 million boost from philanthropist MacKenzie Scott back in December. Out of that gift, $2.5 million will be distributed this month to local communities, United Way said.

“This is certainly an exciting grant opportunity for … how we can deploy resources with the mission of building racial equity and opportunities for all Rhode Islanders,” United Way Chief Community Impact and Equity Officer Larry Warner told Providence Business News. “We’re really excited to make investments that will help remove systemic barriers to opportunities, as well as to prioritize work that addresses the needs to create equities for [Black, Indigenous and people of color] communities.”

United Way said advancing childhood literacy and expanding out-of-school learning programs for youth are some of the focus areas that are prioritized in its LIVE UNITED 2025 comprehensive plan that the funding will support. Funding will also be used to help make housing affordable and safe for all, increase access to workforce development and adult education opportunities, and to change policies that prolong racial inequities, the United Way said.

Warner said the organization, through its plan and grant allocations, has an opportunity to make “significant gains” in each of those areas. United Way has identified systemic racism as a “root cause” of many disparities seen in Rhode Island, Warner said, and it has taken “decades and, sometimes, centuries” of racist policies and practices to result in the disparities seen in the state.

“That was not by accident,” Warner said. “We must be intentional in our policies and investments in our programming to reverse the policies and in the power dynamic which hold back our communities from the opportunities in which they rightfully deserve.”

The grants ranged between just over $11,000 to $75,000. The organizations, selected out of 163 grant applications, that received the funding are: 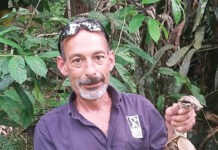 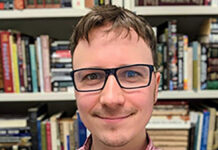