Noons has worked at the Westerly-based financial institution for 29 years and played a major role in the bank’s retail ending. Since 2016, she has overseen a 120% increase in annual loan production at Washington Trust from $755 million to $1.7 billion.

Noons was instrumental in securing and implementing a new state-of-the-art operating system and secondary market process which prepared Washington Trust for increased loan production. She also spearheaded the formation of The Washington Trust Mortgage Co. in 2009 which led to the Bank’s regional mortgage expansion.

Haley Lattinville, personnel manager for the town of North Kingstown, has been named the 2021 Rising Star by PBN. Lattinville worked to develop the town’s first offsite training program for department heads and supervisors. As the COVID-19 pandemic became a reality in Rhode Island, Lattinville developed new rules for working remotely and use of flex time. She also recommended policy on use of sick and vacation time during this period.

Noons and Lattinville are among 10 top C-level executives in the public, private and nonprofit sectors for their efforts as innovators, trailblazers, role models and leaders in the community who will be honored for the 2021 program. The honorees will be recognized April 29 in a virtual program at 2 p.m. A special section highlighting each honoree will be published in the April 30-May 13 print issue of PBN.

Other C-Suite Award winners selected by PBN are:

KPMG LLP is the presenting sponsor and Insperity is the partner sponsor for the 2021 PBN C-Suite Awards program. Registration for the April 29 event can be found at PBN.com. 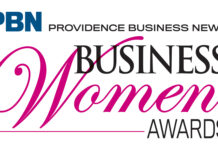 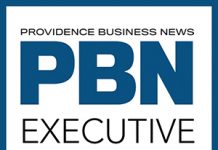 Back to the workplace? 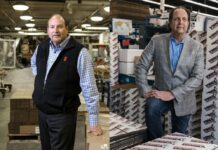