The initiative, which the cities call Jobs to Travel, seeks to solve transportation issues for “folks who are looking to be employed, looking to move to another industry, looking to increase their salary,” said Woonsocket Mayor Lisa Baldelli-Hunt. “And knowing that there are jobs available, most likely in the southern part of the state, we see that there’s a need to be able to work together.”

Manufacturing jobs have been on the rise in Rhode Island. Over the summer, the R.I. Department of Labor and Training reported that the sector added 1,000 jobs from June to July, marking its largest monthly increase since June 2020. But many employers report that they are having difficulty filling these jobs.

Through addressing this issue, the program would mutually benefit city residents and employers, Baldelli-Hunt said.

“We have a lot of manufacturers and companies who are having a hard time finding employees,” Baldelli-Hunt said, “so this is our way of working with a team to fill that void that’s out there.”

“Those employers down there would have access to people as far north as Woonsocket,” Chenevert said, “so if that works, then the intent is to expand the program to other industrial sites where there’s a bunch of manufacturers and businesses in a complex.”

Additionally, Baldelli-Hunt said, the concept “make sense from the standpoint of taking people off the road, whether it’s a carpool, a bus through RIPTA, or some other routing or scheduling.”

To fund the program, the mayors and RIMA hope to secure a portion of the $1.1 billion in American Rescue Plan funding allocated to Rhode Island, which the state must allot to short and long-term projects that benefit the state.

The three cities have also committed to putting some of their Coronavirus Aid, Relief, and Economic Security Act funding towards the project, Chenevert said, and will continue working in partnership with RIMA to find other funding sources.

The program has also drawn support from the Rhode Island Foundation. The foundation is not involved with the program’s management, but has spoken with RIMA to help in organization efforts, according to president and CEO Neil Steinberg.

“Manufacturers have said that they have many openings for good jobs,” Steinberg said. “We also have many people who are unemployed in our different cities and towns looking for good jobs, but transportation has been a barrier in some cases, and this addresses that barrier.”

The R.I. Public Transit Authority, which does not operate Jobs to Travel, runs a pilot program with a similar concept. The “Quonset Express” brings people from cities – starting with Providence, with Pawtucket added to the service in June 2019 – to the North Kingstown business park, which hosts over 12,000 employees.

Launched in January 2019, RIPTA initially had some difficulty attracting people to the service, but reported three months later that ridership was “steadily rising” to about 50 people per week. The Quonset Express now serves around 100 people per week, according to RIPTA CEO Scott Avedisian.

The program will remain in a pilot phase through June 2022, and RIPTA will continue to make tweaks to the program. Overall, Avedisian said he is pleased with the program’s growth.

“Moving 100 people a week to good paying jobs is exactly what I needed to do,” Avedisian said.

RIPTA is currently planning for more transportation options within the park, which hosts over 200 businesses across more than 3,000 acres, and in May requested $1 million in annual funding from the state to create an on-demand shuttle service between businesses.

The transit authority has been working with the cities on other travel initiatives: In September 2020, RIPTA and Central Falls announced a pilot program to create and test geofencing technology to benefit free public transit options, with funding from a $244,000 federal grant.

RIPTA is also in the conceptual stages of working with Woonsocket to request funding for a hub creating more travel options for the city’s residents. 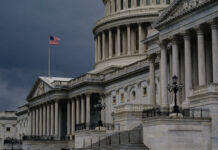 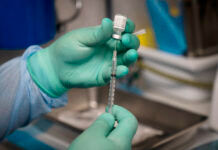 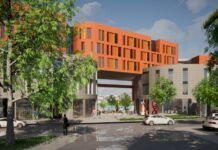