CRANSTON – Coastal Properties LLC, the development company seeking to build a Costco at the Mulligan’s Island Golf & Entertainment property, has amended its proposal for the 52-acre property to increase the amount of open space.

The site would still require rezoning for the proposed plan, which will be considered on Dec.1. The project will also go to the city’s ordinance committee on Dec. 10, then City Council on Dec. 17. The development would be the first Costco in Rhode Island.

The developer has received pushback from local residents, who have said that the development is not a good fit for the property. Cranston Neighbors for Smart Development, a group that had rallied against the original proposal, noted that it also did not support the new proposal, calling the update a “smokescreen” and saying in a Facebook post on Nov. 13 that the development of a big-box store at the site does not fit existing zoning, land uses or the city’s comprehensive development plan. The group also said that it believed the revised proposal was the developer’s intention all along.

Michael DiGuiseppe, managing partner of Coastal Partners, disagreed with that suggestion. The amended proposal was in response to feedback from residents and local officials, he said, adding the plan was, “not a smokescreen, these are real dollars spent, real jobs, real taxes.” He added that his company will “continue to work with the group and hopefully we will come to a resolution.

“You can’t please everyone all the time, but the only thing you can do is to mitigate their concerns,” he said.

The amendment to the proposed project includes an 18-acre gift to Cranston that had previously been proposed as a residential development. DiGuiseppe anticipates that the city would use the land for recreational purposes, including walking paths and bike paths.

Cranston Neighbors for Smart Development said that the gift, “would not counteract any of the negative impacts its proposal would have on the neighborhoods and city.”

The plan also includes 3.3 acres of open space southwest of the proposed development, with both concessions designed to buffer the property from existing residential development. Combined, the plan would make roughly 40% of the proposal open space.

The plan still includes the previously proposed wholesale site, which would be a Costco, a Costco fueling station and smaller commercial developments along the eastern side of New London Avenue, as well as a fast food establishment with drive-thru service on the southeast corner of New London Avenue and Howard Avenue.

The project would create about 800 jobs, according to DiGuiseppe, including 350 construction jobs, and roughly 250-300 full-time and part-time jobs at Costco, as well as additional jobs at the proposed restaurant spaces on the site. The company has also committed to hiring union workers from Laborers Local 271 for the construction.

Land east of the proposed fueling station, known as Parcel 3, would be held for future commercial development and will be retained by the existing owner of the property.

The project is expected to generate more than $725,000 in annual taxes, compared with the current $75,000, DiGuiseppe said.

DiGuiseppe characterized Costco as an amenable neighbor, and said the development would be implementing downlit lights, no water runoff, compactors instead of dumpsters, and residential friendly hours.  He said that the stores typically open by 10 a.m. and close by 8 p.m. He also said that he believes that the development would not be visible from residential properties nearby, due to the topography of the area. The gas station will also be 650 feet away from any residential properties, farther than the required 350 feet, he said.

Chris Bergenheim is PBN web editor. You may reach him at Bergenheim@PBN.com. 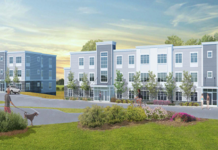 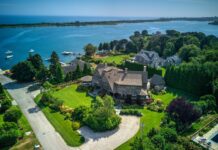 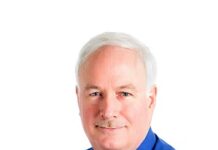