PROVIDENCE – A critical committee of the Rhode Island House of Representatives pushed forward Tuesday a measure that would allow sports bettors to register and place wagers using a mobile app, without first visiting the state’s two casinos.

The rescinding of a requirement initially put in place when Rhode Island authorized mobile betting in March 2019 has the support of legislative leaders, including House Speaker Nicholas A. Mattiello, who sponsored the bill.

The mobile app, Sportsbook Rhode Island, has attracted several thousand users, but another  14,000 people have registered their accounts, through downloads, but not activated them because they haven’t visited a casino, said Mark A. Furcolo, director of the R.I. Department of Revenue, which oversees the lottery program.

About 45% of the people who have downloaded the app have fully activated it, he said. It went live Sept. 4, 2019. Since then, 1.3 million mobile bets have been placed.

“A majority of people download our app, and then never go to a casino to activate it,” Furcolo said. “It sits on their mobile phone.”

The state is about 30% below the industry average for activations, he said.

Rhode Island state leaders are trying to recapture that lost revenue. The state collects 51% of the revenue generated by sports bets, after expenses.

Mobile betting accounts now have to be activated initially through an in-person stop at either of the casinos operated by Twin River Worldwide Holdings Inc., in Lincoln or in Tiverton. The new technology, if the law passes, would allow bettors to place bets without that step. The app would detect the location of the person at the time of wagers being placed, instead of when they log on, according to House Finance Chairman Marvin Abney.

Several state representatives questioned why it took the state this long. State Rep. Carlos Tobon, D-Pawtucket, the House Deputy Majority Leader, said he asked about this possibility last year and was told the casino wanted to have a better sense of who its gamblers were, and state officials wanted to be careful with the sport betting rollout.

“This is not about entertainment. This has always been about money,” he said.  “My question is, what else are we leaving on the table? What else did we not include last year that we can inject into it this year? It was more than being cautious, it was obvious people were not going to drive to Tiverton or Lincoln when it was out of the way.”

Two House Finance committee members voted against the proposal, when it was moved forward. They included state Rep. Blake Filippi, R-Westerly, the House Minority Leader. He pointed out that the approval of sports betting is still being challenged in a lawsuit before the R.I. Supreme Court. 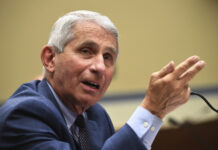 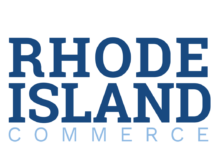 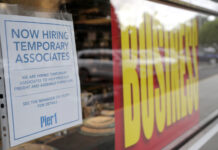 U.S. adds 1.8 million jobs in a sign that hiring has slowed

Cases of COVID-19 increase by 100 with no new deaths