PAWTUCKET – The city has taken preliminary moves to acquire the Apex site by eminent domain.

The city sent a letter to the Pawtucket City Council and Redevelopment Agency seeking amendments to the city’s redevelopment plan to enable the use of eminent domain over the five parcels that constitute the site.

“Years of good faith negotiations for purchase have, unfortunately, been unsuccessful,” the city said on Friday, referring to drawn out negotiations with property owner Andrew Gates. The city noted in its announcement that it would still prefer to acquire the property in a consensual sale, rather than by eminent domain, calling on the Apex Ownership Group to continue negotiations with the city.

“We’ve been clear that it is the policy preference of the administration and the Pawtucket City Council that an agreement to purchase be reached, as opposed to the use of eminent domain,” said Jeanne Boyle, commerce director for Pawtucket. “To that end, we have worked tirelessly to negotiate in good faith. However, after years of negotiations, we have reached a point where it appears as though the parties will not be able to agree upon a fair price. Eminent domain is a tool in the toolbox, that, while we did not want to exercise, will enable the acquisition of the properties so that downtown Pawtucket can continue to move forward.”

If the property is acquired, the city would conduct a request for proposals for use of the land. The site was recently removed from renderings of the new Tidewater Landing project by the developer, Fortuitous Partners.

“Pawtucket residents deserve a downtown that they can be proud of,” said Mayor Donald R. Grebien. “We’ve worked so hard with the Pawtucket City Council, the Pawtucket Foundation, local businesses, our state and federal elected leaders, and others to move downtown forward. While there is still much work to do, ensuring that the Downtown Gateway Project provides recreational and economic opportunities for our city will go a long way toward revitalizing downtown.”

Apex Ownership Group issued a statement Friday afternoon, agreeing with the sentiment that a negotiated sale would be preferable to eminent domain actions.

“We agree with the city that the best path forward for the acquisition of this property is consensual agreement.  We have been at the negotiating table in good faith and will continue to be,” the company said.

“The Apex Group had its own development plans put on hold as it knows the city wants to acquire the property. The best path forward and the most cost-effective path for taxpayers is good faith negotiations and for everyone to return to the negotiating table,” the statement continued. “Again, we have only negotiated in good faith, we are not miles apart and believe consensus can be reached.”

This story has been updated to include comment from the Apex Ownership Group. 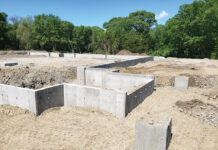 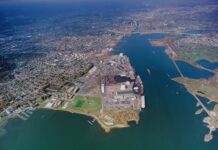 R.I. Commerce moving ahead on land purchase near Port of Providence 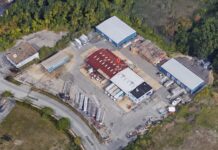