The incumbent, Gov. Daniel J. McKee, was right behind Gorbea at 20%, followed by former CVS executive Helena B. Foulkes at 16%, former Secretary of State Matt Brown at 5% and Dr. Luis Daniel Muñoz at 1.4%.

The Rhode Island Democratic and Republican primaries will be held on Sept. 13.

“It appears Foulkes has really made a move from the bottom tier,” David Paleologos, director of the Suffolk University Political Research Center, told the Globe. “Now it’s not a two-person race – it’s a three-person race.”

A WPRI-TV CBS 12/Roger Williams University poll in May showed McKee in the lead at 25%, with Gorbea right behind him at 23%, Brown at 7% and Foulkes at 6%.

“She must have been looking at the previous poll and her own polling and said, ‘Well, I’m way behind – I have to spend some money and introduce myself.’ And it looks like she is in contention, whereas she was not a month ago,” Paleologos told the Globe.

In 2018, McKee defeated Aaron Regunberg by doing well in areas with significant Latino populations such as Central Falls and South Providence. McKee has been running as a team with Lt. Gov. Sabina Matos, a former Providence City Council president who is the first Afro-Latina to hold the post.

However, in the current race, Gorbea, if elected, would be the first Latina elected governor in New England and the first Puerto Rican-born governor in the U.S. The Globe/Suffolk poll found she and McKee are within the margin of error among Hispanic voters. Gorbea leads among white voters, at 26%, followed by Foulkes at 21% and McKee at 19%, according to the report.

In the state’s 1st Congressional District, which includes the eastern swath of the state stretching from Woonsocket to Newport, Paleologos told the Globe that Gorbea is dominant. Of those polled there, 29% support Gorbea, while 18% support McKee and 12% back Foulkes. However, it’s a tie in the 2nd Congressional District with McKee and Foulkes both at 22% and Gorbea trailing at 19%.

McKee showed a 40% approval rating in the Globe/Suffolk poll, while 37.5% disapproved and 21.5% remained undecided.

In the Rhode Island Republican primary for governor, Ashley Kalus is running against Rey Alberto Herrera and David Darlington.

The Boston Globe/Suffolk University poll also found that Republican Allan W. Fung leads each of his Democratic opponents in the race to replace retiring U.S. Rep. James R. Langevin, D-R.I., in the state’s 2nd Congressional District, with at least 43% in each potential matchup with the six Democrat nominees – R.I. Treasurer Seth Magaziner, Sarah Morgenthau, David Segal, Joy Fox, Omar Bah and Cameron Moquin – while the Democrats range in support from Magaziner at 38.5% to Moquin at 32.1%.

“This race, to me, is worthy of being a national story,” Paleologos told the Globe. “The fact that you have a Republican as the favorite right now is mindboggling, and it speaks to what’s going on in the country.” 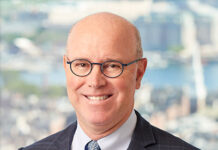 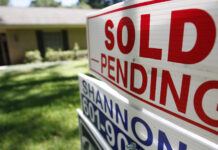 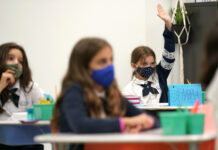