The two pieces of legislation, both income tax hikes, are pending in the House Finance Committee. Neither bill would impact individuals who earn less than $475,000 in a year.

Rep. Alzate said her legislation would raise $128 million annually for the state’s general fund, and someone earning just over $475,000 would have to pay $750 more in taxes per year. If it passes, she said, the top 1% earners in the state would see a 3% increase in their tax bill.

As for the impact on small businesses, Alzate said if someone is earning over $475,000 a year in income, “they are probably not operating a small business.” She noted that the legislation was not a corporate tax and should not hurt what are considered small businesses.

“This is the year we should pass this bill,” said Alzate. “It’s good legislation. It’s not about being progressive or being conservative. It’s about making sure that the Rhode Island economy is sustainable, and we can no longer do it on the backs of working families.”

Amore said his legislation would generate about $30 million for funding K-12 educational expenses. Amore said that he has “heard from a lot of businesses and wealthy Rhode Islanders that they thought my bill, in particular, was a good path because it was restricted receipt for education.”

Amore said his bill was birthed after analysis was done on the funding needs for education, and $30 million was required annually. “This legislation is a way to address that with a modest tax increase,” he said. “This will also free up other revenues.”

“We have structural deficits for as far as the eye can see,” he said, noting that this was the “fairest way” to address those deficits. “This all started with the Hassenfeld Institute, not what I would call a liberal bastion – they were looking at our outyear deficits, looking at what we’re taking in, and what we are committed to.”

Amore said there are “plenty of high-income earners in the state who are not earning that income because they are business owners.”

Laurie White, president of the Greater Providence Chamber of Commerce, framed Amore’s proposal for a restricted receipt for newly generated tax revenues as an “unreliable” promise.

“Promises that any new monies generated from a tax hike would go into a restricted receipt account are unreliable at best,” White said to PBN Friday. “Such accounts routinely get swept into the general fund for other purposes at the end of the fiscal year. This is not a guaranteed funding stream.”

On March 26, White said during a virtual meeting she hosted with Michael DiBiase, CEO and president of the Rhode Island Public Expenditure Council, that the legislation would “impact small business professionals.”

White said it is not the time for lawmakers to be tinkering with the state’s tax code.

White penned an op-ed on the Chamber’s website in which she outlined why the tax hike would be bad for business, citing vulnerability issues, a slow recovery, out-of-state migration and the potential for job losses. She called the legislation essentially “a tax on small business.”

During the meeting, DiBiase said the legislation was “a very bad idea. It’s a shortsighted approach to raise taxes on small businesses. Most businesses in Rhode Island pay taxes” via an individual income tax return. “They are pass-through entities. They don’t pay corporate taxes.”

DiBiase said Rhode Island competes for business and jobs, and that the Tax Foundation, a Washington, D.C.-based think tank, ranked the state “47th in the business tax climate” a few years ago.

“The state is now ranked 37th,” he said. “So, this would be a step backwards in our competitiveness.”

Update: Adds paragraphs 13 and 14 to include additional comments from Laurie White. 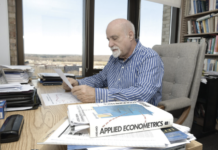 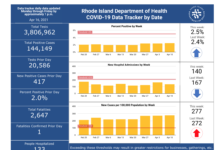 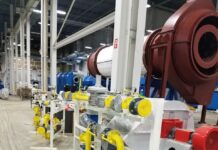