PROVIDENCE – A number of Rhode Island legislators and community organizations signaled their support on Thursday morning for nursing home workers’ plans to strike at five different facilities across Rhode Island.

The strike, set for Aug. 5, will include staff members from the Charlesgate Nursing Center in Providence, Bannister House in Providence, Genesis Pawtucket Nursing Center, Hopkins Manor in North Providence and Smithfield’s Genesis Greenville, where they are expected to demand change to the industry’s “deadly status quo,” according to Service Employees International Union District Healthcare 1199NE spokesperson Amelia Abromaitis.

“We need to do better. We need to provide a minimum standard of care,” said Marjorie Waters, a community organizer with the Rhode Island Organizing Project, of quality care within nursing homes.

More than 30 people participated in the virtual press conference.

The planned strikes comes after nearly a year after caregivers at six nursing homes submitted contact proposals that would ensure residents receive the federally recommended 4.1 hours of care per day and would provide workers what SEIU considers fair pay and benefits that would be on par with neighboring states. The proposals attempted to address the short-staffing crisis in Rhode Island’s nursing homes that have been an issue for years, but SEIU 1199NE organizers now say these conditions resulted in untimely deaths during the COVID-19 pandemic.

“For over a year now, we’ve been fighting for a contract that is fair to caregivers and their residents,” said Adanjesus Marin, the lead organizer for SEIU 1199NE said in a previous statement. “Unfortunately, management has made it clear that their bottom line is more important to them than safety or high-quality care for residents. Frontline workers are willing to do whatever it takes – including strike – in order to settle fair union contracts that invest in residents and staff.”

Gov. Gina M. Raimondo previously said that she had supported the legislature to pass efforts to improve working conditions and wage requirements, but that she did not support those health care workers leaving patients to go on strike.

President of the Rhode Island Health Care Association Scott Fraser said that even though the upcoming strike will impact very few nursing homes in the state, he strongly advises against it.

“Even thinking about a strike during the pandemic… It’s just wrong,” said Fraser to the Providence Business News. “There’s no thought on what will happen to these residents.”

Fraser said the RIHCA has fought each year for more reimbursements from the state for the staff and said “we would love to be able to pay more,” but Medicaid is reduced each year.

“It’s our time to challenge our government leaders and business leaders,” said George Nee of the Rhode Island AFL-CIO. “This is good trouble. This is necessary trouble.”

Goodwin said that she was “sad” that the strike had to happen, but she supported SEIU 1199NE’s efforts to do so. She previously sponsored a bill in the R.I. State Senate that called for increasing pay rates for CNAs up to $15 an hour and for nursing home caregivers to spend at least 4.1 hours a day with each resident in addition to employee training. Fraser, who is against the hour limit, said this mandatory 4.1 hours is not in effect in any state in the country.

“I can’t think of a more important piece of legislation this session,” said Slater, who worked with SEIU on a bill for quality of care in the R.I. House of Representatives. The House recently called for a commission to study staffing in nursing homes. As a response, last week, UpriseRI and nursing home staff members marched to the Rhode Island State House and said a study commission “wasn’t going to cut it.”

Of the nearly 850 nursing home workers SEIU 1199NE represents in Rhode Island, more than 70% are people of color, according to Marin. Many on the call said that institutional racism was the reason for the lack of good working conditions, staffing issues and low wages.

“They have been essential, before they were given that title or respect,” said Williams of the people of color that work in these nursing homes that were considered essential workers throughout the pandemic. “[Before] they were just caregivers that worked in these establishments.”

“I am overwhelmed, disgusted, pissed off, angry, and that’s putting it respectfully.”

Cano, the cosponsor on Goodwin’s bill, said these health care workers are hero’s during this pandemic, and before. However, she said that policies across the country have undervalued their work.

“This is what I call ‘good trouble,'” said Cano of the upcoming strike. “These people deserve a quality place to work and feel safe.” 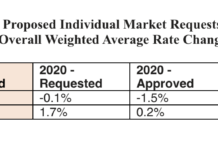 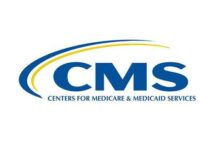 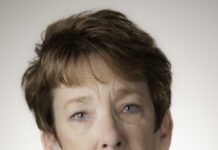 Thank you to everyone who applied. Winners will be announce later this week.

Bryant University to lay off, furlough 4% of workforce

Bryant University to lay off, furlough 4% of workforce