When Bobby Coia began his septic tank and cesspool-cleaning business back in 1978, there were approximately eight businesses in northern Rhode Island that did the same kind of work, including at least five in Cumberland alone. Sewers back then were scarce, especially in residential areas.
“There was a need for it [his business] back then in our town and in Lincoln,” the owner of Coia Sanitation LLC said. Lincoln, he noted, did not install sewers throughout most of the town until the late 1980s. “Most homes had septic tanks and cesspools, especially the older houses and especially in places like Valley Falls,” he said.
What’s the difference between a cesspool and septic tank?
A cesspool is a basic hole in the ground to which a home’s sewage is diverted; a septic tank or septic system adds a leach field for extra environmental protection but, like a cesspool, must be cleaned out on a regular basis, usually at least once a year for the average single-family home.
Back then, Coia served mostly Cumberland and Lincoln, seldom venturing beyond their borders except to dispose of waste at the 20-acre Western Sand & Gravel in Burrillville, which had special pits for the sewage. Coia back then cleaned out the septic systems at local restaurants, along with his usual work at homes, schools and other commercial establishments. His business – difficult as it may be to imagine nowadays – was essentially free of cumbersome government regulations and fees.
How times have changed. “It’s a whole different industry now,” Coia said.
Around 1980, he recalled, the Narragansett Bay Commission, which provides sewer service in the Cumberland area, opened a statewide waste-disposal facility in nearby Lincoln, on Route 116 where it remains today, so there was no longer a need for Coia’s trucks to travel to Burrillville for waste disposal. Besides, Western Sand & Gravel stopped accepting sewage waste at the same time, Coia said.
Meanwhile, other sanitation businesses like his in other parts of northern Rhode Island went out of business for various reasons, particularly as government regulations on the industry were increased and enhanced.
Today, there is but one other sanitation service based in Cumberland and Coia regularly makes routine service trips to Burrillville and other places he once considered far-flung, like Glocester, North Providence, Scituate and Johnston. 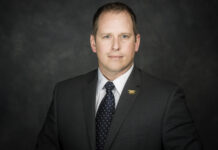 U.S. Navy Seal veteran will lead participants to ‘The Journey to Elite’ during October business forum 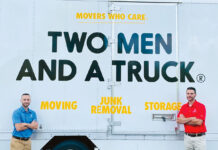 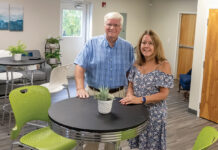 How many days a week are you, your work colleagues or...

Fanale to step down as CNE leader Dec. 1; successor named