PROVIDENCE – Gov. Daniel J. McKee said Tuesday that his office intends to file an additional supplemental budget in January with the R.I. General Assembly, as an expedient disbursement of the state’s $1.1 billion in American Rescue Plan Act funds is crucial to address Rhode Island’s needs.

The supplemental budget filing in January would address the governor’s long-term plan for spending more of the ARPA funding in addition to his previously submitted proposal. The governor did not stipulate what percentage of the funds would be included in an additional supplemental budget, although he did say that it could be a multiyear strategy for allocating the money.

The additional budget would submitted in advance of the fiscal year 2023 budget proposal, he said. “What I would expect is that everything everybody is contributing, including the Rhode Island Foundation, is going to be a part of those considerations,” he said.

McKee said he wants the ARPA spending plan presented as a supplement to this fiscal year’s budget because putting it into next year’s budget proposal would delay the distribution of the aid.

“Then it could take 6, 10 or 12 weeks to get the money in the system,” he said, noting that the funds would be delayed in getting disbursed to areas of need.

As for his thoughts about the R.I. Foundation’s spending recommendations that were unveiled in a 110-page report on Tuesday, McKee said that his office would review the information. The report was created from public input on how to allocate the ARPA funds.

McKee and Lt. Gov. Sabina A. Matos, who attended Tuesday’s briefing, said the report’s recommendations are consistent with how the state views areas that need to be addressed.

“I think there are some pieces that are missing, but in general, the outline that was provided is consistent with some of the issues that we have been talking about,” said McKee, noting that the state needs “to be really quick in terms of making sure that we maintain the economic recovery.”

Matos said the Rhode Island Foundation’s report incorporates a lot of public input that complements the state’s strategic approach on the ARPA funding and the McKee administration’s RI 2030 plan.

McKee said the University of Rhode Island’s economic department is advising his office on strategies for allocating the ARPA funding. 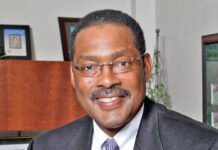 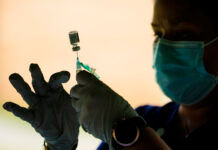 Do you support a proposed bonus program for state workers that would pay them up to $3,000 if they have been vaccinated against COVID-19?

Do you support a proposed bonus program for state workers that...