It would be a stretch to call Michael Dubin an energy conservationist. However, considering that Dubin started Dollar Shave Club in 2011 and sold the direct-to-consumer razor blade business to Unilever for $1 billion just five years later, it might be worth listening to what he has to say about how to put your personal energy to optimal use.

“You only have so much time and energy in the day, and you have to be frugal with your energy,” he said. “Spending it wisely will be the difference between success and failure.”

Dubin shared his thoughts on starting and building a successful business in the October episode of the 21st Century Business Forum presented by Providence Business News, which features monthly one-on-one interviews with some of the nation’s most prominent business minds and thought leaders.

Dubin was 32 years old when he started Dollar Shave Club. He identified “a relentless curiosity” and “an indefatigable energy for problem solving” as two essential attributes for someone who wants to build a business.

“You will encounter obstacles of all kinds – other people, (other) ways of thinking, existing methods,” Dubin said. “You just have to say to yourself, ‘I’ll figure it out.'”

In the case of the razor blade business, Dubin identified two problems – razors were overpriced and razors and blades often were locked behind cases in stores.

“We weren’t the first to sell razors online,” Dubin said. “But we were the first to point out the obvious problem of what was broken” in the company’s ground-breaking, tongue-in-cheek ad campaign.

“For us, solving that problem was getting really affordable great razors and making them really easy to buy,” he said.

As Dubin built the business, it was important to stay true to the brand.

“That means not only searching your soul when you develop a new piece of creative, but also asking for other people to be watchers on the wall of your brand,” he said.

“Sometimes your judgment can get cloudy when you build out a brand yourself,” he said. So, he’d ask others, “Does this feel like us, or is it starting to sound like some of the other brands?”

It also was critical for Dubin to build a good team in order to build a successful business.

A CEO, founder or business owner isn’t going to know everything, “especially if you are a younger founder like I was,” Dubin said.

“Ultimately, you have to make sure you surround yourself with people that are more experienced, who’ve seen a few seasons in business and have experience where you don’t,” Dubin said. “And if you are in a very competitive industry like Dollar Shave Club is, the business cannot afford to learn at your pace, because you’ll just miss too many opportunities and you’ll succumb to too many risks. So you have to rely on your team.

“This is a team sport,” he said of business. “It is not golf or tennis… You’re not a solo artist. You’re playing with the band.” 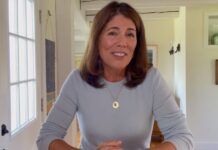 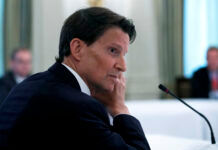 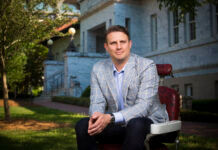