PROVIDENCE – Mary E. Noons gets the most satisfaction seeing how she has influenced others to succeed.

Noons, The Washington Trust Co.’s executive vice president and chief retail lending officer, who was named Providence Business News’ Career Achiever in the 2021 C-Suite Awards program, said she enjoys helping point others in the right direction and “help them flourish.” She said she looks at her award as a reflection of what her team at Washington Trust has accomplished, not just on her individual achievement.

Haley Lattinville, personnel manager for the town of North Kingstown, who was named PBN’s Rising Star for this year’s program, said her biggest takeaway from the COVID-19 pandemic is slowing life down. She said it was constantly “go, go, go” and always having something to do.

Lattinville said her award validates all the work she has put into working for the town for the last four years.

Noons and Lattinville were among 10 top C-level executives in the public, private and nonprofit sectors for their efforts as innovators, trailblazers, role models and leaders in the community honored Thursday in a virtual ceremony. The honorees will also be highlighted in a special section to be published Friday in the April 30-May 13 print issue of PBN.

Other C-Suite Award winners recognized Thursday by PBN were:

KPMG LLP was the presenting sponsor and Insperity was the partner sponsor for the 2021 PBN C-Suite Awards program. 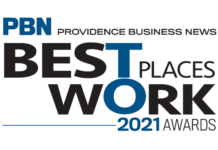 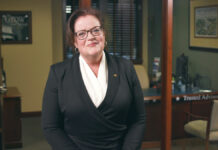 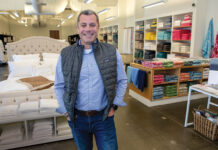